A number of very positive observations were made, with some issues also identified as being areas that can be improved upon during recent technical visit by official s of the Ministry of Lands and Mines at ArcelorMittal Liberia Concession in Yekepa and Buchanan.

In Yekepa, ArcelorMittal Liberia’s Chief Operating Officer (COO) Johannes Heystek, reported to the technical team on the company’s mining operations and provided safe access and support for their visit to various sites on the mines as well as facilities operated by the company.

Areas visited in Yekepa by Deputy Minister Sherman and his technical team included the Gangra and Tokadeh Mines, the ore crushing plant, the state-of-the-art Vocational Training Center (VTC), the ArcelorMittal Liberia Schools, the company’s hospital, and the Maintenance workshop.

Deputy Minister Sherman praised the very high quality of training being offered at the VTC and recognized the positive livelihood programs and environmental actions being supported by ArcelorMittal Liberia. He also stressed the need for improvements in some other areas.

“I am impressed with the Vocational Training Center (VTC). In terms of human resource development, I think the VTC is doing extremely well……same with the Environmental Department, they are really doing a great job. In terms of the company’s schools, the elementary division is doing well, but the high school needs improvement. Regarding the hospital, the company has brought some new equipment and progressing with renovations, but I would like to see this work fast tracked.”

The second leg of the visit took the Lands & Mines Ministry’s technical team to Buchanan where they were received by Scott Lowe, Chief Executive Officer of ArcelorMittal Liberia.

In the introductory meeting, CEO Lowe said it was a great honour to welcome Deputy Minister Sherman and his team and stressed that ArcelorMittal Liberia was proud to be operating in Liberia for the last fifteen years.

“Even more importantly, we have plans to continue growing as company, and we recognize the responsibility we have to stakeholders…our employees, surrounding communities, and the Government of Liberia (GOL),” explained CEO Lowe.

Lowe shared an overview of the company’s expansion plan known as Phase II and highlighted the many benefits in jobs, training of Liberians, and revenue for the government.

“We have very exciting plans to restart work on construction of the concentrator and upgrade of infrastructure to step up to 15mtpa of premium iron ore products. This work is planned to begin once the update of the Mineral Development Agreement amendment is concluded. Not only is this exciting for ArcelorMittal Liberia, to the best of my knowledge this will be the biggest mining project anywhere in Africa in 2021,” CEO Lowe highlighted.

In Buchanan, the technical team was provided access to all areas and facilities of ArcelorMittal Liberia where they toured the hospital, the housing Loop, the Rail Department, the port, and other facilities.

Debriefing executives of ArcelorMittal Liberia at the close of the visit, Deputy Minister Sherman said it was important to consider the critical timeline of the Phase II expansion project. He assured the group that once his team’s report is submitted to the Inter-ministerial Concession Committee (IMCC), they will work to recommend the IMCC gives approval of the Definitive Feasibility Study (DFS).

“There’s a need for urgent approval and we’ll push it at the highest level. The more iron ore ArcelorMittal Liberia produces, the better it is for the government and people of Liberia,” Deputy Minister Sherman emphasized.However, he also called on ArcelorMittal Liberia to make improvements in several important areas highlighted by his team.

Responding, Scott Lowe, CEO of ArcelorMittal Liberia said while the company has made a lot of progress, it also recognizes that it is not perfect, and remains open to observations and recommendations on the areas to improve.

“I can say with confidence and pride, that our operations and facilities are in a better shape than when I first joined…but I am very much aware we need to keep improving. We want to be transparent about our operations and remain a responsible corporate citizen,” Lowe emphasized.

In the last fifteen years of operations, ArcelorMittal Liberia has been a strategic partner to the country.
In his recent Annual Message to the Liberian Legislature, President George M. Weah highlighted the huge prospects of the USD $ 800m ArcelorMittal Liberia expansion plan, which he said “will produce a superior quality content and triple the quantity of iron ore exported, representing a very large increase in government revenues from mining and additional construction jobs starting this year.” 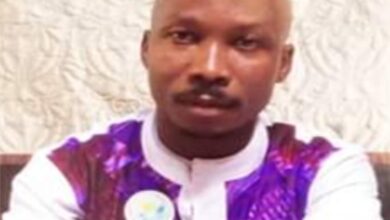 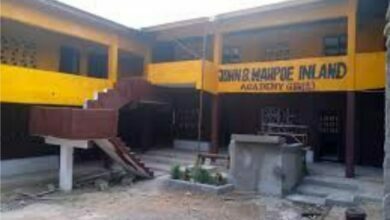