LONDON – Full English Brexit is off the menu. Before leaving the European Union altogether, the British government now wants an “interim period,” in which the United Kingdom would retain the commercial rights of EU membership, while still contributing to the EU budget, observing EU regulations and legal judgments, and allowing the free movement of people. This period would last for at least two years after March 2019 – the official deadline for the Brexit process – meaning that until 2021, Britain would essentially be an EU member state without any voting rights.

In the meantime, British Prime Minister Theresa May’s government, having promised to maintain a “deep and special” relationship with Europe, would try to negotiate a new “treaty-based arrangement” with the EU. But Britain will have a vanishingly small chance of concluding a new treaty in so short a time.

Indeed, come 2021, the UK will still be hurtling toward a “cliff edge”: a full break from Europe, with no alternative arrangement in place to cushion the blow. Politically, that timing would pose even greater risks for May’s government than it faces today, since the next general election must be held by June 2022. So the UK may try to extend the transition period beyond 2022. And as past experience tells us, once an extension is granted, it may never end.

The UK seems to be approaching the scenario I outlined three months ago. May’s fateful decision to hold an early election in June has allowed her opponents to demand that the UK negotiate a transitional arrangement similar to what Norway has as a member of the European Economic Area. The EEA was originally created in 1994 as a temporary framework for various countries preparing to join the EU. But because Norwegian voters rejected a referendum on EU membership 11 months later, the EEA has now lasted for 24 years.

Nobody can predict what will happen in 24 years. But the good news for Britain is that the EU may already be moving slowly toward a two-track structure. To prosper, the eurozone will need to establish a political union. This will leave non-euro countries such as Denmark, Poland, and Sweden forming an outer ring of economic cooperation outside the eurozone. These countries would have membership in the single market, but not in the monetary or political union.

A two-track Europe would be very different from the “two-speed” model that applies to Europe today. In the latter, every country is theoretically heading toward “ever-closer union,” just at different rates. In a two-track scenario, by contrast, Britain could comfortably re-join the outer track along with Norway and, perhaps, Switzerland.

Now for the bad news. A transition arrangement for the UK may be unacceptable to both EU governments and British voters. Committed federalists in the EU want Britain out as quickly as possible, because Britain has long given cover for others – such as Denmark, Poland, and Sweden – to resist deeper integration.

Federalist zealots hate the idea of a two-track Europe. They want to force all EU member states to adopt the euro within the next decade, and to embed themselves permanently into a full-scale political and fiscal union. And they rightly believe that achieving this goal will be easier with Britain out of the picture.

But a transition period is no panacea for the UK either. Britons have already started to get a glimpse of the economic costs of Brexit, as international businesses that once used Britain as a hub for their European operations have started to relocate some of their activities. As the UK government tries to maintain the fiction of a strictly time-limited transition, this process will accelerate further. Moreover, the EU will use the transition period to change its own regulations, so that businesses generating employment and large tax revenues will have to move onto EU territory.

For example, the European Banking Authority and the European Medicines Agency are already relocating from London, meaning the many legal, managerial, and lobbying jobs connected to highly regulated activities such as finance and pharmaceutical research will have to relocate, too. A transition period would thus hit international businesses based in Britain with a regulatory double-whammy: they would be subject to the whims of UK and EU bureaucracies at the same time.

Making matters worse, the promise of a long transition could delay the shift in public opinion needed to reverse Brexit before it is too late. After March 28, 2019, the UK will be officially out of the EU, where economic growth has already started to overtake that of Britain. If it ever wants to be readmitted, it will have to settle for far less attractive terms than what it enjoys today. Not only would it no longer receive budget rebates or special treatment on social regulations; it might even be forced to join the euro.

Even the 48% of British voters who voted “Remain” might reject such humiliating terms. Britain would thus be stuck in limbo – like Norway, but without the oil wealth or social cohesion. As the Labour Party’s trade spokesman has aptly put it, a semi-permanent transition period based on the “Norway model” would turn Britain into a “vassal state.” It would still pay large sums into the EU budget and adhere to EU laws, but it would have no say over how that money is spent or how those laws are made.

In the months ahead, the British public may start to foresee this humiliating endgame. The Norway model will satisfy neither Britain’s elderly, provincial Europhobes, nor the young, urban voters who want to preserve the rights of EU citizenship that they have taken for granted all their lives.

With this depressing prospect setting in, British voters could change their minds about Brexit before their leaders go through with it. But for such a Damascene conversion to happen, the country would have to experience a political or economic crisis large enough to shake public opinion out of its fatalistic complacency. As things stand, Britons have been emulating that beloved national slogan, “Keep calm and carry on.” Before things can get better for Britain, they will probably have to get much worse. Anatole Kaletsky is Chief Economist and Co-Chairman of Gavekal Dragonomics and the author of Capitalism 4.0, The Birth of a New Economy. 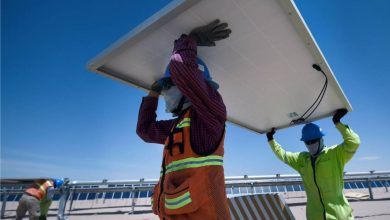 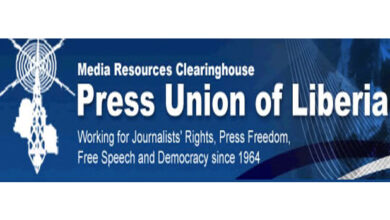 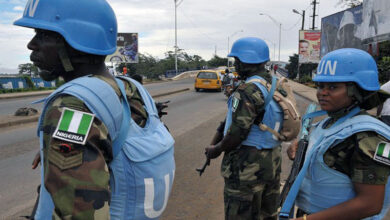