A Liberian Non-Governmental Organization known as Community of Hope Agriculture Project (CHAP) has announced here that it has opened an account at the Liberia Bank for Development and Investment (LBDI) in support of the Liberian rice campaign.

CHAP is one of several local based – organizations in Zobah, Town Paynesville actively engaged in the promotion and marketing of Liberian grown rice.

CHAP Executive Director Rev. Robert Bimba told reporters recently outside Monrovia that the organization is attempting to raise at least US$2m to support the production of Liberian rice in the country.

He noted that with the support of well meaning Liberians and the Government of Liberia (GOL), the Liberian rice Campaign would be a success.

According to Rev. Bimba, the money when generated, would be used to subsidize the work of local Liberian farmers directly involved in the production and sale of Liberian rice in the country.

He disclosed that considering the country’s current economic problem, it would be better for every Liberian to encourage themselves and their compatriots in producing and eating Liberian rice which he says contains more proteins’.

The CHAP boss used the occasion to appeal to the Ministry of Agriculture and friendly governments to contribute either in cash or through material support to enhance the project that help to reduce the price of rice on the Liberian market.

Rev. Bimba welcomed President George Manneh Weah’s Poor-Pro Agriculture program which he says when fully supported financially and materially, would assist in stabilizing the price of rice in the country without any hindrance. 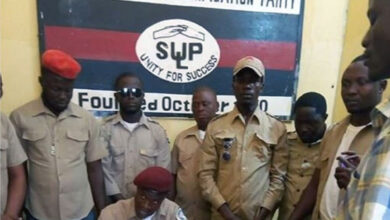