Political activities at the Capitol Hill has resumed as members of the House of Representatives prepare to elect a new deputy speaker upon their return.

Our reporter at the Capitol says, Grand Kru County Electoral District #2 Representative J. FonatiKoffaappears to be the favorites among those seeking to replace former deputy speaker Prince Moye, who recently got himself elected Senator in the just ended December 8 special senatorial elections.
Legislators at the House are expected to return next week to begin normal legislative works, at which time the post of the deputy speaker will be declared vacant and interested lawmakers would put themselves up for election.

But according to our reporter, consultations being conducted by Cllr. Koffa, show that lawmakers are willing to come onboard to support his quest.

Speaking on the Truth fm morning phone in show, Grand Bassa County Representative Vincent Willie, said Cllr. Koffa, who chairs the house’s judiciary committee is the best person for the post on grounds that his personal and close working relationships with his colleagues put him a better position to serve as the second man in command of the house.

Rep. Willie, who just contested the Grand Bassa County Senatorial election, intimated that Cllr. Koffa is well schooled and easy to work with when it comes to the rudimental engagement of legislative political and controlling of the floor.

After serving three years as Chairman on the Committee of Judiciary — a committee which cut across all statutory and standing committees of the House of Representatives; and which role is to oversee the scrutiny of bills and judicially advice the House of Representatives on executing its power, as prescribed in Article 34 of the 1986 Constitution, is poised and qualified to become Deputy Speaker.

Rep. Cllr. Koffa brings to his quest for Deputy Speaker unique skill set of experience and competence that would greatly be an advantage and an asset into the upper echelon of the house to compliment the leadership so as to steer the acceleration of legislative rebranding which was proffered at the onset of the 54th. According to our reporter, he is in consultation as to whether he should throw his hat in the race or back-off.

Rep. Koffa was one of three prominent members of the House of Representatives who participated in the 74th United Nations General Assembly (UNGA). Their selection came amid the pressure on Liberia on the rule of law and justice and women empowerment.

The establishment of War and Economic Crime Courts and the amendment of constitution against racism are already before the House of Representatives for consideration.

The Judiciary Committee Chairman, Rep. Cllr Koffa, who is also the proponent of the proposed amendment to change the negro-only citizenship clause in the 1986 constitution of Liberia, attended forums on Confronting Hate & Protecting Rights — UN Initiatives to Promote Inclusion and Ensure Freedom of Expression and Freedom of Religion or Belief; Tax Inspectors Without Borders Panel Discussion: “Four Years & Half a Billion Dollars Later…”; High Level Meeting on Mali and the Sahel and attend the Opening/General Debate of the Seventy-fourth Session of the UNGA.

I want take Weah back

I want take Weah back

A Liberian living in US fear returning Home 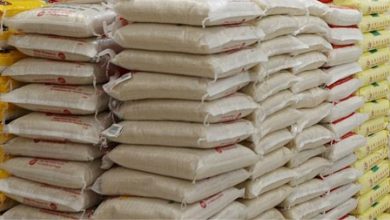 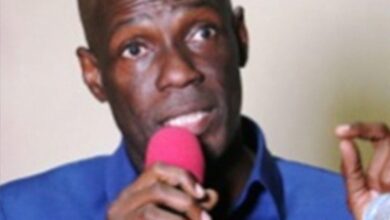 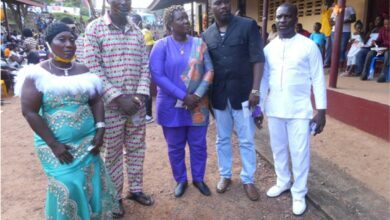