The profound enlightenment surrounding the pending December 8th. 2020, Senatorial Midterm election is causing colossal bustling nights for both stewards of Sen. Dillon and Pres. Weah’s CDC Ruling Coalition. The Senatorial race could be the first brimming test of President’s Weah inherent, unchallenged, unwavering, and untested nationwide adoration. It will also be a referendum on Sen. Dillon’s peculiarity of Western-style politics that has made his colleagues in the Liberian Senate insupportable and uncomfortable at creating a well-calculated and tense political atmosphere in the Liberian Senate. But no sooner, Sen. Dillon had been named by his opponents as: “white sheep in the Liberian Senate.”

What’s political ability to head Liberia ill-respective of the President’s alleged ineptness. Fourth, the downtrodden youths/some adult Liberians hold the view that President Weah’s huge popularity will always ensure political victory for all die-heart Cedecian politicians who may contest future elected seats in Liberia and Montserrado County as well. Fifth, the downtrodden youths/some adult Liberians and Cedecian politicians are convinced that President Weah will always be their guy, who thinks like them, sympathize with them and welcomes them even during thought times.

The irony is that the downtrodden youths/some adult Liberians and Cedecian politicians depend heavily on President Weah’s popularity to win elections in Liberia at any time. In the case of PaulitaWie versus opposition Dillon, the Cedecian politicians did relax substantially, hoping that President Weah’s usual popularity would have put PaulitaWie across the finished line to annihilate Dillon, but to the agitation and disappointment of the downtrodden youths/some adult Liberians including Cedecian politicians, the tide turns in favor of opposition Dillon which desperately infuriated CDC’s base.

On the split side of these competing analyses, Sen. Abraham Darius Dillon for his part is definitively fighting for the souls of his political life. The good news is that Sen. Dillon has seen what is in the political cookies’ jar and its valuable contents therein. Emphatically, little was known about Dillon before his triumphant victory in 2019 which quickly annoys die-hard Cedecian politicians who have long considered Montserrado County their political stronghold as well as their main pepper farm. But angry Cardician politicians have vowed to recapture the Senate seat from Sen.

Dillon in the midterm senatorial race comes 8th. Dec. 2020. Dillon’s senatorial victory brought him political prominence for the first time within his very small constituent’s circles. Such constituent includes the Liberty Party, the Legislature where he once worked as a staffer, and the Ministry of Justice where he worked. Aside from that, Sen. Dillon’s popularity before he became Senator didn’t match up with President Weah’s huge popularity, this is because, when President Weah ran for the Montserrado county’s senate seat, after the President did sideline the late Jerry Doe-Sheriff in Montserrado County, and won that Senate seat by 78% of the votes in 2004, the President’s popularity by then was an all-time much higher.

Dillon for his part won his senatorial race against PaulitaWie with 55.74% of the votes and Wie had just 34.77% of the total votes which was a crushing defeat for Cedecian politicians. Dillon did not capture the Senate seat on a silver platter, he may have worked assiduously with the unquestionable backing of four formidable giant political war machines namely the Liberty Party, All Liberian Party, Alternative National Congress Party, and the Unity Party. These political parties worked tirelessly and miraculously overnight to unleash the most needed thunderous political firepower that helps Sen. Dillon to deliver a onetime knock-out blow to the CedecianPaulitaWie.

But it appears the political marriage between Dillon and the four political parties has either ended or is dead in principle probably due to Sen. Dillon’s style of politics. But Cedecian politicians have vowed to recapture the Senate seat in the midterm senatorial election on 8th. Dec. 2020. Sen. Dillon had been very busy since re-branding his political name tag moving around poor Liberians, dancing with Muslim faithful and others to win their minds probably for future elections. This political maneuvering tactic has to some extent heightens Dillon’s political popularity in alignment with President Weah’s longstanding popularity. Both political personalities’ popularity will be tested on 8th Dec. 2020 in the midterm senatorial election.

In pursuant of Dillon’s political re-branding of his name tag and image construction, the Senator is using a Western-style political concept of openness, transparency, accountability, social justice, and equity calling himself: “light in the dark.” Initially, Sen. Dillon had been very vigor in his quest to expose business as usual and pointing out the hidden salaries of Senators to the bitterness and annoyance of his colleagues in the Liberian Senate. Second, Sen. Dillon has been preaching the politics of equity considering salary reduction in the Legislature/government.

Third, Se, Dillon did slice his paycheck of $15,000 and surrenders $10,000 to the 17 districts in Montserrado County each month. Fourth, Sen. Dillon has manned a commanding lead over the social media sector using it as a powerful platform to enforce his style of Western politics in the Liberian. Fifth, he has been offering handouts to vulnerable communities and downtrodden individuals. But Sen. Dillon’s style of politics is straightly against business as usual, which is a strange phenomenon to his colleagues in the Liberian Senate. Some will want Sen. Dillon expelled from the Liberian Senate.

Dillon style of politics will be put to the test in the Midterm senatorial race on the 8th. Dec. 2020, to see whether his style of Western politics and domestic messages truly resonates with the downtrodden, college kids, religious stakeholders, market women, the intellectuals, advocates of transparency and accountability, and independent politicians including those who are unhappy with the President’s ongoing performance in Liberia. On a very serious note, President Weah and his CDC party have huge state resources to their disposal to reinforce their popularity in future Liberian elections. Dillon style of politics and President Weah’s inherent popularity are on trial and the verdict of their trials will be delivered in the midterm senatorial race on 8th. Dec. 2020.

On the contrary, if CDC recaptures the Senatorial seat from Dillon, it would be a referendum on Dillon’s style of politics which will mean that Dillon’s style of Western politics has no place within entire Liberia’s body politics nor does it resonate with his base. On the contrary, if the CDC losses the senatorial seat to Dillon, it would be considered as a referendum on Pres. Weah’s popularity for his reelection in the 2023 Presidential race. 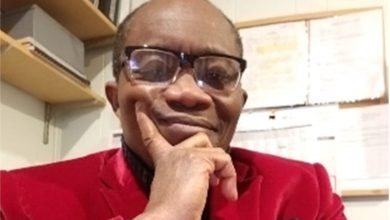 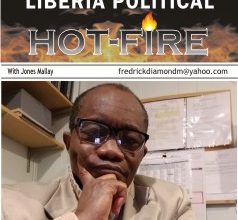