As of its commitment   to support fundamental education development in Liberia , the British NGO  Save the Children, which is devoted to working for children’s  survival and development recently  launched its Early Childhood Development Programme in  Bong County  targeting  pupils in remote rural communities.

Save the Children Bong County Operational Manager Sulaiman K. Sesay speaking at the formal launch of the program in Botota, Kokoyah Statutory District, indicated that the program is in its pilot stage with funding support from the Open Society Initiative for West Africa (OSIWA) and there are prospects it would attract other donor’s funding for a better and bigger project that will serve as driving force for the community and its people.

Mr. Sesay   stressed that the program was developed to have more community participation and involvement then to have passive beneficiaries who will have little or nothing to offer in the realization of the project’s goals. He said the community residents should take full ownership of the program to ensure their children get early childhood education which will serve as a basis for their own educational advancement.

Mr.  Sesay further challenged authorities of   Kokoyah Statutory District especially those in the educational sector to give keen interest to this initiative to avoid it being a failure.  “You are to serve as role model for this program because others will copy after you; your failure will not speak well for the project” as Mr.  Sesay stressed the importance of the of the ECD program

Madam Patience Flomo Save the Children U.K Acting Education Programme Manager, speaking earlier, explained how her organization and the Open Society Initiative for West Africa (OSIWA) entered into an agreement in December 2010 to implement the ECD Project with the sole objective of assisting the Ministry of Education to achieve its priorities in accordance with plans and strategies in the educational sector.

Madam Flomo maintained that her organization is also concerned and is ready to assist the Ministry of Education develops models for the Early Childhood Development Programme in Liberia.

The SC-UK Acting Education Manager revealed that her organization and OSIWA signed a grant of UD$ 113,000.00 for the ECD Projects for Bong and Grand Gedeh Counties for the period of thirteen months.

Madam Flomo disclosed that under the  program,  Save the Children-UK  will construct  two classrooms, an improved  kitchen and modern toilet  facility in addition to the existing structure intended  to improve the learning environment  of  the pupils  catering  to their  educational needs .

Also making a remark, the Education Programme Officer for OSIWA-Liberia Madam Massa Crayton reemphasized the need for the community people to take the driver’s seat in the implementation by taking full   ownership at all levels of the project. Madam Crayton disclosed that OSIWA was giving support to the ECD Programme in order to buttress the ministry of education in offering fundamental education to the kids that will have measurable quality.

The Director for the Early Childhood Development Unit at the Ministry of Education Madam Yukhiko Amnon adorned SC-UK and OSIWA for the support to the programme and said the exercise will give new face to the educational system in the country.

She pointed the Government of Liberia remains supportive in ensuring the ECD Programme in the country especially in the leeward counties to realize it objectives for the betterment of the Liberian children whom the country’s future depends on. The CED program which is  being run in Bong,  Monsterrado, and Grand Gedeh counties currently benefit about   sixty  children it its pilot phase  in Bong County. 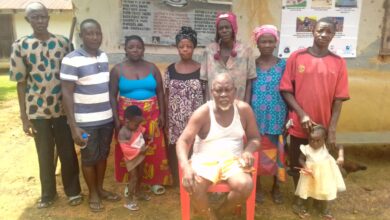 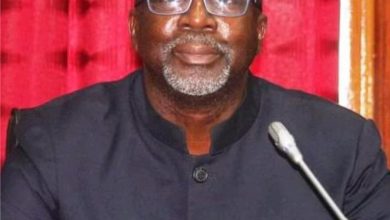