The Mayor of Ganta City, in Nimba County has arrested and detained several Nigerian herbalists for allegedly operating in the county illegally. Mayor Benjamin Dokpah said the Nigerians are not only selling herbs but also administering medication to patients. He said some of them are running clinics in Ganta.

Among those arrested are doctor Hamed, doctor Harvest and doctorAdemolanAdeleke. Mayor Dokpah has also ordered the closure of several herbal centers in Ganta, including the Goldfield Access International and Green Life Global Health Care involved in the sale of traditional herbs.

He said the presence of fake herbalists in the city is posing serious danger to the public as products being prescribed or sole are not scientifically measured. One of the detainees doctor AdemolanAdeleke, confirms that he was operating illegally, adding that since he entered Ganta, he has not informed the City Mayor and other authorities in the county.

Dr. Adeleke said he has spent 16 days in Ganta, selling and administering herbal medicines to the public, albeit illegally. 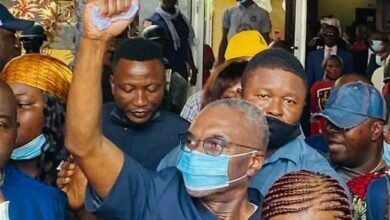