Police in Bong County have re-arrested rape suspect Benjamin Duncan, having earlier been released from a police detention center in Bong where he was confined for allegedly raping his daughter on Christmas night last year, in an act of incest.

Incest is sexual activity between two people who are considered, for moral or genetic reasons, too closely related to have such a relationship. It is regarded as a serious taboo in almost every society, although cultures differ as to the extent to which marriages are allowed between relatives.
Police were reported to have released suspect Duncan from detention recently, but gave no clear explanation over his release when our correspondent made inquiry at the Police Detachment in the county.

Report of suspect Duncan’s release from police custody was greeted by public condemnation, with pressure being mounted against authorities to ensure the suspect is held to account.

Our Bong County correspondent says following mounting pressure, the suspect was re-arrested on Thursday, 22 February based on the orders of County Attorney Wilkins Nah.

Attorney Nah had himself faced allegations of allegedly being in the know of suspect Duncan’s release, but he immediately denied the claims earlier.

Suspect Duncan was rearrested while enroute to an unknown destination in Bong County. He has denied any wrongdoing and has called on the police to have mercy on him. He accuses his daughter of acting in a way to denigrate him to the public, arguing if he is mad to rape his own daughter.

“How can I rape my own daughter, am I mad? A child that I have been washing her cloths from one year up to present, how crazy will I be to rape her?” he spoke in a very sorrowful mood.

Suspect Duncan claims that his daughter had over the past time been wishing to come to Monrovia to go to school, allegedly threatening to put him in trouble if he did not send her to her aunt in Monrovia.

He wants the police to independently investigate the case, adding that they should not take decision that will make them to be bias simply because the girl is a small child.

The alleged rape case was reported on 8 February when the 11 – year – old victim turned sick and was taken to the C. B. Dumber Hospital in Gbarnga for treatment.

She is said to have been raped by her father on Christmas night and the two have since allegedly been having sex at their residence in the Sugar Hill Community of Gbarnga, Bong County.

Health workers at the health facility were said to have noticed that the 11 – year – old girl had chronic infection related to sexually active person and decided to ask her. Upon health workers’ inquiry, the victim is said to have confessed that her father had tempered with her.

She explained that her father usually uses a lot of grease to lubricate her private part before penetrating her, allegedly threatening to kill her if she told anyone.

But Attorney Nah said he gave no order to release suspect Duncan, noting that it was the public defender who asked for the release of the suspect because he had spent over the 48 hours statutory period required to stay in police detention.

By Joseph Titus Yekeryan in Bong–Edited by Winston W. Parley 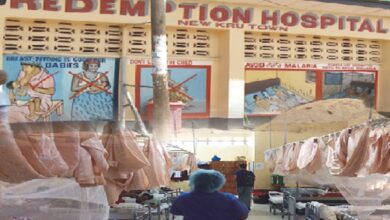