Editor’s Note: The New Dawn re-launches its Interview Column as the 2011 general and presidential elections draws near. This platform is intended to give politicians/political parties the opportunity to connect to the electorates via these interviews.

In this edition, Cllr. Tubman, a 2005 Presidential candidate for the National Democratic Party of Liberia or NDPL of slain president Samuel Doe, discusses why he left the party for the Liberia National Union of Doe’s former Vice President the late Harry Moniba; his role in the formation of a grand coalition to defeat the incumbent and how the ruling party has continued to undermine his efforts.

NEW DAWN: Cllr. Tubman you ran on the ticket of the NDPL in 2005. Now, we understand that you will not be going on the NDPL ticket this time around but rather LINU. What is LINU?

Cllr. Tubman:  LINU is the Liberian National Union and it is the party that I joined after I left the National Democratic Party of Liberia. And I did so almost a year after I left the NDPL-almost a year or two. I was thinking for a while, where to land because, of course, I had other options but I thought we have many parties-don’t let me go form a new party. Let me find a party that is already in existence then we can bring our strength to it and help it to be more relevant.

And so, we chose LINU, the party that was started by Harry Munibah. You know, (Harry Munibah) was the Vice President to Doe and after Doe was killed, constitutionally, he should have been the president-whatever happened he wasn’t and eventually he formed this party.

And so, it was just here and with that kind of backgrounds, Harry Munibah was somebody I respected, knew well and I also want to unite our people and this is a party that comes mainly from Lofa County. And with my own Maryland County background, I felt that if I brought Maryland County and Lofa County already, we will be along the lines of unifying the country. So that’s also why I went to LINU.

NEW DAWN: Basically, you must have met a party hierarchy. We are hearing that one of the Commissioners of the National Elections Commission in the person of Commissioner Jonathan Weedor, controls this party, and if so there seems to be a conflict of interest. What can you say to this?

Cllr. Tubman: I don’t know anything about that. But as I said it was an already existing party. So it already had people who were there, who had been elsewhere and had tentacles elsewhere. But when we examined it through our representatives, we felt that this party was an innocuous party. It was not a party that had blood on its hands. It was a party that we could find a home in and so we went there.

So, what you are telling me now is something I don’t know.

NEW DAWN: One year after Cllr. Winston Tubman left NDPL; he joins LINU and suddenly becomes the political leader. How did it happen?

Cllr. Tubman: Oh, the intention of joining was to become the political leader and eventually become the standard bearer, but that couldn’t happen until the party went to a convention. What could happen immediately, I could become the political leader. So, I was voted by the appropriate organs of LINUN as the Political Leader hoping and working towards the point where when we went to convention I would be put up and chosen to be the standard bearer.

Cllr. Tubman: It is not very widely effective throughout the country. For instance, we have something called “LIWIN” (Liberians United for Winston Tubman). We have branches all over the country and if I didn’t have the approach of wanting to unite and bring our people together, I could have used “LIWIN” turn it into a party and instantly we would have had more reach throughout the country than LINU has. But we didn’t think that was the way to do it. We thought the way to do it was to work through an existing political party bring our strength of LIWIN to that party, boost it and thereby making it to be able to function effectively. So that was the rout we took.

Merger with other parties and the issue of undermining

NEW DAWN: Let’s fast track a little. You have LINU and there are mergers ongoing ahead of the 2011. What’s LINU’s intent?

Now, recently, when some people in LINU claimed they have expelled me and they said among the main reasons is that I have taken LINU into a coalition.

Cllr. Tubman: The coalition that was formed involving LINU, NPP, PRODEM and CDC. They said I took that decision unilaterally and they did not approve of it and of course, that’s puzzling because the whole point was to unite the opposition and bring us to a point where we were strong. And so if I actually did succeed in moving LINU toward accomplishing that then, I should have been applauded for that rather than being expelled. So you ask yourself, who is suffering? Who doesn’t gain anything by this development?

Clearly, it is the ruling party because the opposition is uniting in order to confront and I am sure if we succeed in uniting, not only confronting the ruling party but defeating it. So, if somebody is coming to punish you because you are moving into that direction, the question comes who benefit from punishing you? Clearly it’s the ruling party.

NEW DAWN: And clearly you think they must have been pushing that agenda to turn things outside down?

Cllr. Tubman: Yes. In my own case, this was not the first time they have pursued me. They pursued me in the NDPL because …

Cllr. Tubman: Yes, the ruling party, especially after they’ve won; first thing they took away my vice presidential candidate and he became a member of their party subsequently. Then when I made my arrangement with George Weah, in no time, then, I was pursued there.

George Weah, who had said to me (and that was the reason I had gone to him), that we would have a joint ticket suddenly came out and said he never promised anybody that he would be second to them and he could not be second to anybody, since in effect, he was the most popular man in the country. I felt something had to be behind this. Somebody has to be worried that if I am connected with a political formation, that political formation to use their word would be more formidable that it would defeat them.

So, they pursued me there. Then, I said okay, George, If you take this position, let’s forget about personality. Let’s talk about parties. Let’s bring our parties together and let our parties that we will bring together decide who should be president. And it was that thought developed, led to the formation of the coalition.

But as soon as that happened, the people who have been chasing me, I believed, previously, saw a reincarnation of what they feared. So they went to people either by promising them or inducing them to get rid of me as political leader.

And so, I was expelled as they said all because I have done the very thing for which I went to LINU.

NEW DAWN: Let’s back track a little. You talked about people chasing you from NDPL, appointing your Vice Presidential Candidate to a ministerial position and you called that chasing. Can’t you also see it as a mark of government of inclusion?

Cllr. Tubman: Well if that was the case, they should have contacted me.

NEW DAWN: So you think the appointments should have been done through you?

Cllr. Tubman: Yes, because I was the head of that party. They should have asked me: we want to bring your party into what we are forming because we want a government of inclusion. But they didn’t do that.

And it came to a point, I was still the head of that party and I would say things I felt  necessary and other members of the party would get up and say no, that’s not so. The president was right to do what she is doing and you were wrong to say what you are saying.

NEW DAWN: Don’t forget that it was not only your VP who was awarded a cabinet position. You also had Mr. Jackson Doe, who was also given a cabinet post.

Cllr. Tubman: That’ what I am saying. But if I had been involved: They say okay now, Mr. Tubman, we want to consider your party for such, who do you suggest? Or even if they said we want this person, do you think he is a good guy? Or even if they said okay, we have decided to do this and we are informing you, nothing of the sort.

NEW DAWN: But Cllr. Tubman that was not only with you. There were other appointments made from other parties: CDC, NPP, LPP etc. Does that suggest here that the ruling party is undermining the opposition?

Cllr. Tubman: I mean, I can say that, but I am not speaking for the other parties. I am saying what is happening to me and it’s constantly following me, I mean shortly after they took power. If I am wrong let them say so. But it was the ruling party who undermined my arrangement with Weah.

The current arrangement with Brumskine and Weah, what he (Weah) says to Brumskine is not different what he said to me. But Brumskine will soon find out what I found out. But the question is why he would choose somebody who rejected him over somebody who supported him.-To be continued.

The Cost of America’s Free Lunch 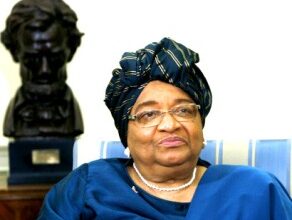 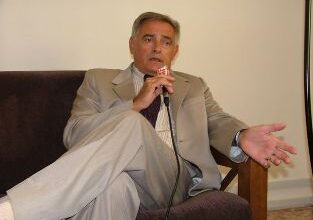