MELBOURNE – Shortly before Israeli Prime Minister Yitzhak Rabin’s assassination by a right-wing Jewish extremist in November 1995, I met him in Tel Aviv. I was visiting Israel as Australia’s foreign minister to argue the case for rapid implementation of the Oslo peace accords – all the way through to negotiated acceptance of Palestinian statehood. I concluded my pitch by saying, with perhaps a little more cheek than was appropriate, “But of course I’m preaching to the converted.” Rabin’s response is etched in my memory. He paused, then said with a little half-smile: “To the committed, not the converted.”

For all his deep emotional attachment to the idea of Israel embracing all of historical Judea and Samaria, Rabin knew that the only way to ensure a democratic Jewish state with viable, secure borders was to accept a Palestinian state alongside it, equally secure and viable. They would share Jerusalem as a capital, and find a mutually acceptable solution to the enormously sensitive issue of the return of Palestinian refugees.

Rabin’s murder was a catastrophe from which the peace process has never recovered. No Israeli leader since has shown anything like his far-sighted vision, commitment, and capacity to deliver a negotiated two-state solution.

Ehud Barak and Ehud Olmert came close, but not close enough. And since then Binyamin Netanyahu has lived down to every expectation of his statesmanship. His routine capitulation to the demands of the most extreme elements of a manifestly dysfunctional Knesset, and his continuing support of his impossibly divisive and pugnacious foreign minister, Avigdor Lieberman, have earned him little praise at home or abroad. One need not be naïve or in denial about the Palestinians’ multiple problems and missteps over the years to recognize that most of the recent obstacles to progress have been erected in Israel.

Now, with negotiations at an impasse, settlement building continuing unabated, no end in sight to the never-ending humiliation of occupation, and all other forms of leverage evidently exhausted, the Palestinians are going to the United Nations to seek recognition in some form of their statehood. They want full UN membership, but – facing inevitable veto of that option by the United States in the Security Council – are willing to accept as a fallback a majority vote by the General Assembly recognizing Palestine as a non-member “observer state,” the status now enjoyed by the Vatican.

Palestinian Authority President Mahmoud Abbas and his colleagues know perfectly well that UN recognition by itself will not deliver an end to occupation and the full realization of a sovereign Palestine. Only negotiated agreement on all of the critical outstanding issues – boundary definition, Jerusalem, security guarantees for Israel, and refugees – can do that. But they have persisted on this course in the face of a fierce campaign to dissuade them – including threats of Israeli sanctions and a cut-off of financial support to the Palestinian Authority by the US Congress – owing to their wholly understandable lack of confidence that anything will move without some new spark.

Despite frantic efforts by the US and the European Union to find some compromise that would head off a UN vote by kick-starting real negotiations, it is much more probable that, even after a US veto in the Security Council, an early UN General Assembly vote will deliver a strong majority for observer-state status. The question for Israel and its friends to address is what the downside risks of that outcome really are, and to calibrate their reaction accordingly.

The argument has been made that recognition as a state, even in limited form, will give Palestine the standing that it probably lacks currently to seek prosecutions in the International Criminal Court for alleged violations of international law. Even if right, it is difficult to see why Israel and its friends should accept that as a make-or-break argument. The ICC is not a kangaroo court, and allegations without substance can be expected to be treated accordingly.

Recognition as a state will not change the situation with respect to Hamas. Of course, its current ideological hostility to Israel’s very existence is a serious issue; but Israel and the West should not compound their grievous mistake of not recognizing the legitimacy of its electoral victory in Gaza by rejecting any Palestinian state in which Hamas plays a governing role. The door to dialogue with Hamas should remain open.

The more positive argument – as Rabin would certainly have understood – is that it is overwhelmingly in Israel’s own interest to defuse this issue by accepting, once and for all, that Palestinian statehood is an indispensable requirement of its own long-term peace and security. Indeed, Israel should treat the UN vote as an opportunity for a new start to negotiations, rather than an excuse for renewed confrontation. Such a constructive outcome has become more urgent than ever, given the Middle East’s new geopolitical realities following the Arab Spring.

Moreover, a perceived change of direction on the Israeli-Palestinian issue would be hugely beneficial for the West in its relations with the Islamic world. Recent polling to mark the 10th anniversary of the 9/11 attacks has shown alarming persistence of the animosity generated by the interventions in Iraq and Afghanistan.

It is difficult to imagine Israel’s leadership changing course at this stage, and it is probably too late for the Obama administration to escape from the domestic political vice in which it seems pinned on this issue. But being on the wrong side of history is never a comfortable position. And that is exactly where the US, Israel, and its closest friends – including my own country, Australia – will be if they resist the tide of international sentiment in favor of moving now to recognize Palestinian statehood.

Gareth Evans, Australia’s Foreign Minister from 1988 to 1996, and President Emeritus of the International Crisis Group, is Chancellor of the Australian National University. 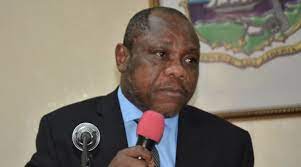 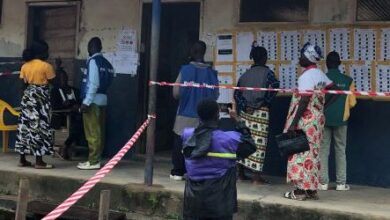 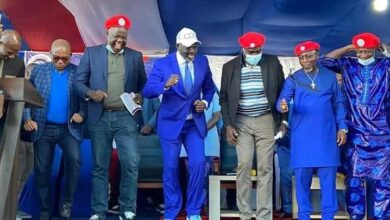