Liberia Council of Churches (LCC) President and General Overseer of the Water in the Desert Ministry Rev. Kortu Brown has called on the Government of Liberia to welcome the recent US human rights report [in good faith].

“We want to urge the Weah – led government not to shy away from the latest human rights report coming from the US State Department,” Bishop Brown said over the weekend when he addressed scores of reporters in a news conference.The Liberian clergy calls on the government here to see the report as an instrument to improve on in terms of governance.

“We at the LCC want to use this medium to call on the Weah – led government to engage the US on the report,” he says further.Rev. Brown’s caution to the government comes after the US State Department’s damning report about Liberia was released last week.

The LCC president cautions the government to be very mindful in handling the report, adding that such a report must not be swept under the table, but must be given an urgent attention for the good of the government and country at large.

“Liberians should realize that people are watching us, and what we do we might think it’s in secret, but people are there taking records,” Bishop Brown warns.

Additionally, Bishop Brown notes that people need to be very careful about how they go about doing things or saying things, saying this has been the cause for which the issues surrounding the war crimes court have not gone away.

According to Bishop Brown, despite Liberia having human rights issues, the country is still dangling with some terrible things after three years of President George MannehWeah’s rule, noting that this suggests to him that something is wrong.

He says the LCC expects the government here to take a critical look and find out what needs to be done to uphold the rule of law, and strengthen good governance rather than to take the report for granted.

“I won’t encourage any official in government to take this report for granted because the US is the most powerful nation, and when they give an opinion on anything, it’s the duty of that nation to find a way to engage and access your performance as a country,” Bishop Brown argues.

He concludes that there is a need for Liberians to reflect and think, saying they don’t have to wait.The clergy says he will encourage the government to find a way to open the discussion and find a solution to the problem.

No salary for government employees, if…

Cocoa farmers to benefit from improved seedlings in Liberia

No salary for government employees, if…

Cocoa farmers to benefit from improved seedlings in Liberia 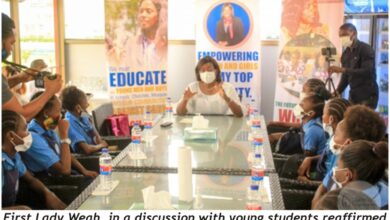 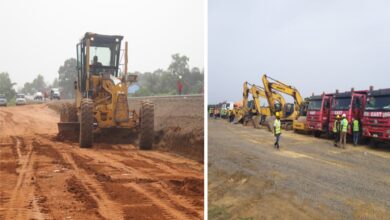 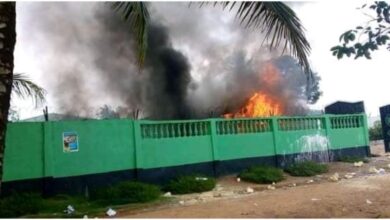