The Liberia National Children Representative Forum says it is an unquestionable reality that children here are at high risk due to unsafe environment, warning that their “future is in danger due to limited support to promote their safety and wellbeing.”

Addressing a press conference at the Ministry of Gender and Social Protection on Tuesday, 17 May, the head of the National Children Forum Satta F. Sheriff lamented how in today’s era, children are prostituting themselves to earn survival.

“Liberian children have become breadwinners for most families as they risk their lives between cars to sell cold water, candy and petit commodities. We encourage our government to engender a concrete framework that will take children from the streets,” she said.

Ms. Sheriff argued that the “poor implementation of the 2011 Children’s Law of Liberia is creating a dark cloud over the future of Liberian children,” as she suggested further that up to date, Liberian children lack access to transportation to and from school.

She cited lack of budgetary support as a condition that hinders the effective fight against all forms of abuses against children, while at the same time claiming that they are left out of key decision-making processes.
Ms. Sheriff added that children here are vulnerably exposed to drugs, alcohol, gambling and pornography; and that they are accepted as customers at video clubs, entertainment centers, beaches and ghettos with little being done to prevent such problems.

“The impartial enforcement of our laws is vital to protect and safeguard children from these dangerous pathways. The Liberian Children’s Parliament is calling on all well-meaning Liberians to stand up and defend the rights of every child,” she cautioned.

They also expressed disagreement with police report on the death incident of two children in December 2015 in person of 4-year-old Alvin Moses and 7-year-old Reuben Paye in an abandoned vehicle, challenging claims that they died of suffocation due to lack of oxygen in the car.

They have appealed to President Ellen Johnson-Sirleaf to ensure that justice is dispensed in the case of late Alvin and Reuben, urging that government takes practical steps to severely punish perpetrators of crimes. 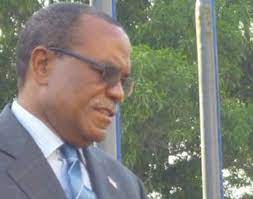