The hidden facts behind the inside story of Senator Nyonblee-Karnga-Lawrence, the political leader of the Liberty Party, and the LP Chairman Musa Hassan Bility are much deeper than readers ever thought according to four die-hard reliable family sources of the LP who are currently residents of Atlanta, Georgia USA. These sources, who pleaded to remain anonymous, revealed a chilling account behind the Bility, Dillion, and Nyonblee’s bitter political fight.

Revelations: “When the late Cllr. Brumskine was alive, the LP took a loan of $37.500 US dollars from Bility for the running of LP, Nyonblee-Karnga-Lawrence and Dillion were witnesses to the loan. Bility later expressed his interest in being part of the LP, but on condition that he serves as Chairman of the LP to revamp the LP if only his proposed condition was accepted, he Bility would give the party 15-years to pay back the loan. All parties in the meeting agreed to Bility’s condition. Bility was then made Chairman in the meeting. Both Bility and the parties simply needed to stage a fake convention to legitimize their consensus, through which Bility later emerged as Chairman.”

The inside party’s sources continued: “Little did Nyonblee and Dillion know that Bility was on a mission to take over the LP and possessed it. Soon after the LP convention, Bility held a secret meeting in Monrovia with Kabineh Ja’neh and four others all from the Mandingo background to strategize how to take LP away from Nyoblee and Dillion and create the first-ever Mandingo political party in Liberia that the Mandingos will see as their own political symbol to take over the political management of Liberia.”

“The LP version of the Mandingo-Liberian party began a very strong crusade that later brought in thousands and thousands of Mandingos from Guinea, Lofa County, and Ganta to fortify the Mandingo-Liberians’ wing of LP by recognizing the ANC political leader Cummings as the CPP standard-bearer who will, in turn, nominate Musa Bility as Vice Presidential Standard-bearer on the CPP ticket in the 2023 election. This dangerous maneuvering strategy eventually disables and paralyzes Nyonblee-Karnga-Lawrence and Dillion for seeking any political future political office in the LP now and/or in the future. The Bassa wing of the LP will be dismantled by this political plan thus making Nyoblee and Dillon useless party instruments. This is what the fight is all about according to our sources.”

Phase II of the LP crisis is directly associated with the late founding father Cllr. Brumskine according to the same family sources. “Before his demise in 2019, the late Cllr. Brumskine: Had a deep-seated secret agenda that he kept away from the other founding members of LP which is also destroying the entire LP in Grand Bassa County, the family sources revealed.

These uncovered hidden agenda held by the late Cllr. Brumskine has exhibited the ongoing crises with the LP which is now causing deep divisions between some of the surviving founding members and the daughter of the late Cllr. Brumskine. The dramas unfolded amid these secret agendas when Charlene Brumskine the Cllr.’s daughter once lamented: “The history of any institution should stand as a solid foundation for its future.” One of LP National Executive Committee (NEC) members in the person of Jeh Byron Brown, angrily revealed: “LP is a political institution which belongs to the “Bassa People” and an intestate estate to the Brumskine’s family.” 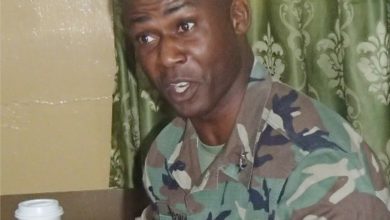 The Practice of Democracy in America: A Choice or Tradition?