The Liberia National Police (LNP) has warned alleged motorbike thieves that are rampaging the entire Somalia Drive, taking away innocent citizens’ motorbikes under dubious means to desist from such acts or brace themselves to face the full weight of the law.

Announcing the arrest of four suspected bike thieves Monday, 28 March at the LNP Headquarters in Monrovia, Police Spokesman Moses Carter said LNP will improve on its night patrols with the few vehicles the police have received from the government.

He discloses that the four suspects were arrested after police received information about a citizen’s bike that was taken away around the Bend and Stop area in Barnersville.

“These are individuals who are alleged to have been rampaging the entire Somalia Drive of some of our innocent citizens’ bikes; bikes taken away from them through dubious and criminal means,” Mr. Carter explains.

In the wake of rampaging bike thievery along the Somalia Drive route, Carter indicates that police have taken steps by activating a Police Support Unit (PSU) team at the New Georgia Junction, saying the essence of the armed PSU officers’ presence there is to effectively respond to such situations.

He explains that sometimes some of the hijackers pretend as though they are passengers, sit on the bike and direct the bike operator to wherever a dragnent has already been set and once they arrive, the operator is threatened with deadly weapons and the bike is taken away.

“The bike operator is placed under either cutlass, knife or some other deadly weapons and the bikes are taken away from them. And so we have been running a lot of intelligence in ensuring that we can clamp down on this act of which some of our citizens have been victimized,” Carter says.However, he says since the team of armed PSU officers was set up in New Georgia Junction, “the situation has improved.”

He details that the PSU officers are not only limited to the New Georgia Junction, but the route of Somalia Drive as a way of responding to crime scenes there.

“Some citizens have complained of their bikes being hijacked from them through several other means; either means by which they are dropped or means by which their operators are hijacked,” Carter adds.
The police spokesman sounds a warning to motorbike thieves on Somalia Drive or anywhere in Liberia to desist now or they will be made to face the full weight of the law.

According to him, the police have made significant progress in arresting some of the suspects for their involvement in motorbike theft, adding that those arrested will be duly charged and forwarded to court.
Carter assures the public that the police remain committed in ensuring that those engaged in these acts will not go with impunity, urging citizens to also continue to share information with the police for a successful fight against crimes.

He calls on the citizenry, especially bike operators to be mindful about who they drive, given the sinister motives of the bike hijackers. By Winston W. Parley 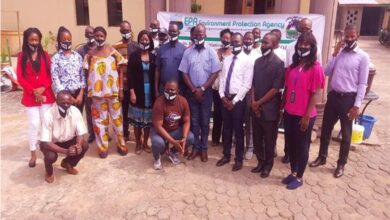 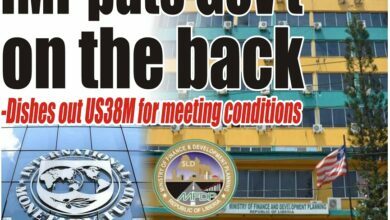