Electoral District #2 Representative of Nimba County, Prince O.S Tokpah has described the appointment of Dr. Henrique Flomo Tokpa as Minister of Internal Affairs as no mistake.

Representative Tokpah – chairman of the House’s Committee on Internal Affairs and member on National Security and Rules, Order and Administration, said though he had not seen Dr. Tokpa in person, he was very confident that he would transform the Ministry of Internal Affairs.

The Nimba County District #2 Lawmaker said he foresaw a developed Ministry, owing to the fact that Minister-Designate Tokpa possesses all qualities of a good leader. He expressed the hope that upon the confirmation by the Senate, Dr. Tokpa would closely work with his committee to ensure that the plights of chiefs are addressed.

Meanwhile, Representative Tokpah has disclosed that he remains formidable in clinching his second term in 2017 due to his positive initiatives so far in Nimba County District #2. According to him, the construction of several schools, town halls, as well as the erection of a dam that serves as major component for irrigation for farmers are tangible marks of such initiatives since his election in 2011.

He spoke in an interview with our Bong County correspondent last weekend.

By Papa Morris from Gbarnga, Bong County-Edited by George Barpeen 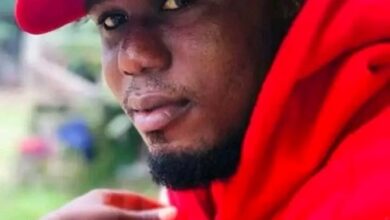