The Minister of State for Presidential Affairs Nathaniel McGill has described Liberian opposition politicians being unproductive, noting that instead, the opposition community only engages in protest and demonstrations.

Speaking recently in Monrovia, Minister McGill said the opposition community should be constructive, rather than portraying government negatively.

Currently, Liberia has two major opposition political parties, the Collaborating Political Parties which comprises Unity Party, the Liberty Party, the Alternative National Congress and the All Liberian Party and Rainbow Coalition that groups 11 smaller political parties, including True Whig Party that held power for more than a century.

Minister McGill stated that the opposition should refocus its effort and strategies to helping Liberia’s young and growing democracy.

Since the ascendency of the Weah administration, Liberia has witnessed four major protests led by the pressure group, Council of Patriot. McGill said while the ruling establishment does not expect the opposition community to sing praises for the government, it should be more constructive and objective in its criticisms.

ECOWAS observers arrive Abidjan ahead of the presidential election 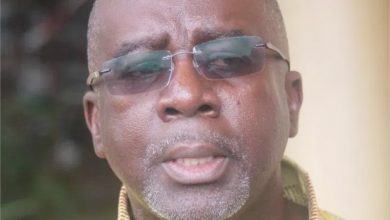 I will support developmental agenda only