Police authorities say arrests have been made in Maryland County, southeast Liberia following days of tense riots last week that witnessed the devastation of public and private infrastructures.

The riots were held against the alleged gruesome murder of commercial motorcyclist Mocdicious Nyemah by suspect Moses Mlamah and others.

In a conversation with this paper Monday afternoon, 5 April via mobile phone, Police Spokesman Moses Carter indicated that he needed to know the total number of those arrested, but he was awaiting the conclusion of an ongoing town hall meeting being held by Police Inspector General Col. Patrick T. Sudue with residents in Maryland County.

“We effected arrest but we have to know the total number, so they have to finish with the town hall meeting,” Carter says.

Earlier in a chat with this paper at the Liberia National Police (LNP) Headquarters on Monday, Mr. Carter said the police operation targeted the arrest of those who violated the laws during the protest and also to re-arrest those who fled from detention after protesters broke into the correction center in Maryland.

On Tuesday, 30 March angry citizens, including motorcyclists broke into the Harper Prison compound, demanding the living body of suspect Moses Mlamah, resulting in the escape of 91 inmates, including the suspect.

The protesters allegedly damaged a police patrol vehicle, looted several properties at both Harper and Pleebo police stations in Maryland County and wounded a deputy police commander only identified as Massaley.

Economic and other activities came to a standstill Tuesday, 30 March in the county as riot intensified there amidst angry citizens’ demand for the speedy trial of 18 – year – old suspect Moses Mlamah who is accused of murdering 22 – year – old motorcyclist MocdiciousNyemah on Thursday, 25 March.

Tension flared on Wednesday, 31 March and protesters set ablaze the residence of the Speaker of the House of Representatives Bhofal Chambers in the district.

Police say suspect Mlamah allegedly began chopping victim Nyemah, leading to his death, after the deceased motorcyclist had honored a request to accompany the accused into the bush to pick up some items and bring them to town.

Police preliminary investigation unveils that the incident occurred in Bassiken Town around the Maryland Oil Palm Plantation at 11:00 AM in Pleebo District, Maryland County where the suspect allegedly chopped victim Nyemah after an altercation between them.

According to the police, 30 minutes after the incident, they arrested, investigated, charged and sent suspect Mlamah to court for prosecution for his alleged link in the murder of victim Nyemah. But the suspect became part of prisoners who fled the Harper Prison Center when protesters invaded it.

Following the incident, President George Manneh Weah declared curfew in the entire county as of 1 April, saying he has been informed of the gruesome killing of a young man in the county.

President Weah assured the people of Maryland County that this killing has claimed the urgent attention of the Government, and will be thoroughly, promptly and fully investigated.

In order to keep the peace and to ensure that law and order prevails, President Weah immediately imposed a curfew throughout Maryland County, starting 1 April 2021, from 6:00 p.m. until 6:00 a.m. until otherwise ordered. By Winston W. Parley 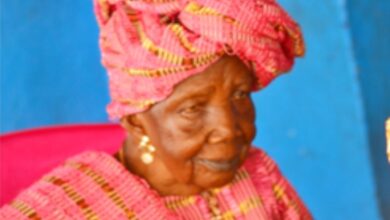 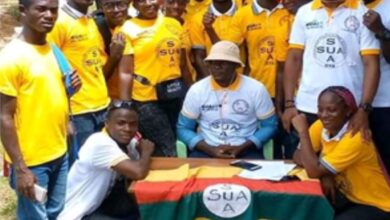 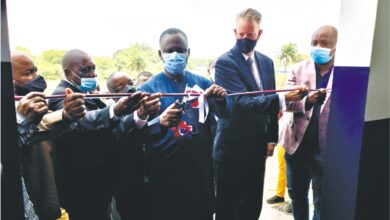 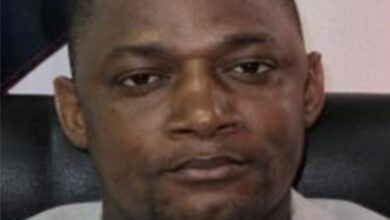