With support from government and partners, newly appointed Deputy Director General for Rural Broadcasting at the Liberia Broadcasting System — Isaac Redd, has promised to transform the rural broadcaster through meaningful programs.

“I believe that we will make a very impactful development at the Liberia Broadcasting System with the support of the government and our partners,” he said.

Prior to his appointment, Mr. Redd served as Director of Press at the House of Representatives for 13 years.

Speaking Tuesday when he turned over his press office at the Legislature, Redd said it was sad to note that since independence of Liberia, the state broadcaster has not been able to broadcast across the country.

“We believe we can achieve an agenda of connecting the country by getting the farmers to listen to the rural broadcaster, to get the community radio to do what it takes to build their respective communities,” he indicated.

Redd said during his service at the state broadcaster, he would work to ensure an enabling environment for all, irrespective of their political affiliation.

“We go to the position as a non-partisan Director General; we go to the position to serve the Liberian people whether rain or shine; to ensure our frequencies (television and radio) are transmitted throughout the length and breathe of Liberia,” Redd pointed.

For his part, Deputy Director of press at the House of Representatives Nelson Garr commended Redd for his preferment and promised to do his best.

Redd was appointed recently by President George M. Weah after Boima J. V. Boima was dismissed from the position. Following his dismissal, Boima fled the country, alleging President Weah had extra marital affairs with his wife.

Lord, is it true Borbor chopped him pekin Teetee? 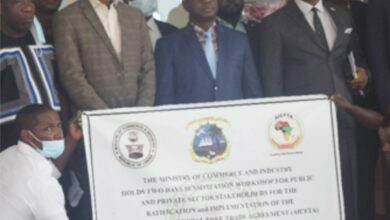 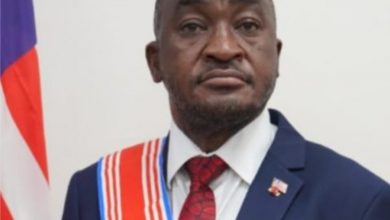 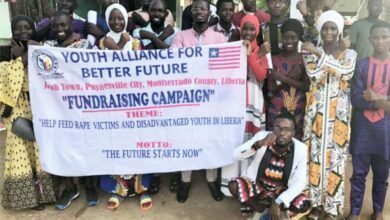