Representative Dopoh says the request is his honest plea to his colleagues to allocate budgetary support for the Tubman University, the second public university in the country to ensure the level of quality education as envisaged by citizens is realized.

“The Tubman University, a government-owned, and situated in the most challenged region of Liberia, providing educational services to five highly underdeveloped counties is not being adequately funded’’, he notes.

He says government free tuition policy at the university is not enough to sustain the viability of the institution, as students living in the southeastern region of Liberia are deprived of many opportunities available in other parts of the country.

The River Gee lawmaker continues that going to school at Tubman University also attracts registration and other fees coupled with rental payment and the cost of purchases that are higher than prices in other urban areas.

Dopoh said as the people’s direct Representatives, affirmative action for the Tubman University is required for the fiscal year 2022 national budget to ensuring the University’s goods and services budget is increased to an amount sufficient to cover fees and boarding for students, coupled with the inflationary cost of purchasing goods and services in Maryland County.

He prays the honorable House will support his request for a 100 percent free education at Tubman University, beginning the next fiscal year 2022.https://thenewdawnliberia.com/students-protest-at-tubman-university/ Editing by Jonathan Browne 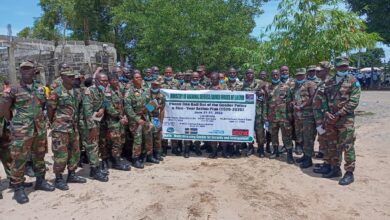