The Liberian National Bar Association (LNBA) has reminded Liberia’s Supreme Court of the grave consequences Liberia has suffered due to the crisis created out of fraudulent elections, challenging the high court to therefore demonstrate fairness in deciding election cases in the next two months leading to the senatorial election.

At the opening of the Supreme Court Monday, 12 October, the president of the Liberian National Bar Association Cllr. Tiawon Gongloe cautioned the court to take judicial notice of the historical fact that all threats in constitutional and other governance of Liberia over the years have been negatively impacted by electoral dispute.

The court’s decision received a reaction from former President Ellen Johnson Sirleaf through a tweet on Saturday, 10 October when she wrote that “The recent decision of the Supreme Court of Liberia to deny the opposition appeal for a cleanup of the Voters Roll is a strike at our hard earned democracy.”

Giving a historical perspective Liberia’s electoral dispute, Gongloe notes that over the differences of opinions of the result of a referendum for the extension of the term of office the president and time for holding the next presidential election, late President Charles D.B. King was violently overthrown and the first interim government of Liberia established.

From 1927, Cllr. Gongloe notes that the election that brought President Charles D.B. King to office for another term was rated as the most rigged election in the world and still remains unsurpassed, according to the World Guinness Book of Records.

“History shows that although there were less than 15,000 registered voters, Mr. King of the True Whig Party was declared to have won the presidential election by 243,000 votes, compared to 9,000 votes for his opponent T.J.R. Faulkner of the People’s Party,” Gongloe narrates.

As a consequence of the election crisis that was created out of the fraudulent election from 1927, he says Mr. King and his vice president were forced to resign from their offices. In the early 1950s, Gongloe notes that the crisis developed over the failure of the Monthly and Probate Court of Montserrado County to probate the Article of Association of the United People’s Party, led by D. Tweh.

He says the crisis eventually led to the arrest and the imprisonment of many opposition political leaders on the charge of sedition and the escape of D. Tweh, the presumptive presidential candidate of the UPP.
In 1985, he notes that the counting of the ballots by a 50 – person committee established not based on any provision of the Liberian Constitution, the existing election law or any statue, undermined the confidence in the special election commission and a public rejection of the election result by most Liberians.

According to Gongloe, the mass disenchantment created by the rejection of that election result led to multiple rebellious actions and government reactions that culminated into full scale arm conflict.

However, Cllr. Gongloe says that the LNBA takes particular note of the assurances given by the court that during the ensuing senatorial election and all other elections that shall take place in Liberia, it will continue to be fair in its actions and decisions.

He says the Bar also takes note of the court’s assurances that in deciding elections or other cases, it has no friend or foe, noting that it will proceed without fear or favor regardless of what or who is involved.

“While members of the Liberian National Bar Association are hopeful that these assurances will be concretized by the orders and judgments of this court in the next two months, it goes without saying that this court has no other option but to be fair and impartial in all cases and to handle cases involving the sanctity of the electoral process in Liberia with the utmost care,” Cllr. Gongloe says.

According to him, of the elected and appointed officials of the three branches of government here, it is only the members of the Judiciary that the Constitution of Liberia made good moral character as one of the qualifications requirements for appointment.

“In order to be a Justice of the Supreme Court of Liberia, Article 68 provides as a qualification that the appointee be a citizen of Liberia and of good moral character,” Cllr. Gongloe explains, adding that Article 69 (a) mandates the same for judges of subordinate courts of records.

Earlier in his address, Chief Justice Francis S. Korkpor, Sr. assured all Liberians, political parties and associations or organizations that during the ensuing senatorial and all other elections here, the Supreme Court will continue to be fair in its actions and decisions.

“In deciding elections or other cases, this Court has no friend or foe and proceeds without fear or favor regardless of what or who is involved,” Chief Justice Korkpor says.

He continues that the Court seeks no approval from source for its actions, neither does it wait until there is an echo from the crowd, backed by numbers before acting. “Our actions and decisions are ours and ours alone, based purely on our inner convictions driven by settled principles of law,” he notes. He states that over the years, they have remained on course in performing their duties, and they shall continue to do so.

Touching on the continued protest by aggrieved staffers of the Judiciary over the Liberian dollars component of their salaries, Chief Justice Korkpor says the protesters are under illusion that the deductions made in their salaries are being deposited in the account of the Chief Justice and Associate Justices of the Supreme Court.

He recalls that during an earlier meeting with officials from the Finance Ministry the Civil Service Agency, the judicial workers were informed that the cuts in salaries were not brought about by the Judiciary and that the cuts affected all employees in all government sectors. Chief Justice Korkpor warns that what is taking place now does not amount to peaceful assembly as contemplated by law.

“The violation of the rights of others in an attempt to assert what you believe to be yours is illegal,” he warns, saying as the Judiciary remains engaged with the Finance Ministry in finding a lasting solution which will inure to their benefit, he calls on the employees to refrain from further protest actions.

“The Judiciary is a neutral ground where party litigants go to seek remedy within the ambit of the law. Protests, demonstrations, and strike actions, etc., disrupt court processes and deprive party litigants of unhindered right of access to justice; these are in violation of law and cannot be allowed to continue,” he says.

A sustained protest was held outside during a formal program marking the opening of the Supreme Court, with judicial staffers demanding Liberian dollars component of their salaries. The protesters were dragged by police later in the day, and some were left unconscious.

CHICO up with Karloken-Fish Town road

CHICO up with Karloken-Fish Town road

CDC will not campaign for me 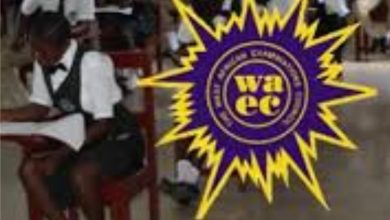