Pressuring is mounting against Liberia’s Solicitor General Cllr. Saymah Syrenius Cephus to recuse himself from a case filed by Liberian business official Mrs. Wilhemina Mulbah- Siaway against her corporate partner Elizabeth Shelley due to the complainant’s fear that the top prosecutor’s actions make him seem to be compromised.

“I am asking the Government through the Ministry of Justice to have the Solicitor General Cllr. [Saymah] Syrenius Cephus recuse himself from this case and let other government lawyers such as the County attorney, Cllr. Edwin Martin who initially approved of this matter to be prosecuted handles this case,” Mrs. Mulnah – Siaway told this paper Tuesday, 2 February.

“The Solicitor General is already compromised as he has sided with the defendants. Fellow Liberians, I need Justice. I remain and look forward to your Excellency for Prompt Actions into this matter,” she notes.

Madam Mulbah -Siaway says she entered into a partnership agreement with Grow Liberia International in June 2017 to enable her to build her capacity in terms of aiding her to erect an RSS Plant.

But that these criminal charges could not be heard at the City Court because Cllr. Cephus had snatched away the accused from court, bragging in an interview with reporters via mobile phone that he is the one who has the right to issue writ in criminal matters.

Besides, Grow Liberia International which Madam Shelley heads, later issued a statement stating that the frivolous, trumped criminal charges brought by Mrs. Mulbah – Siaway against one of its staff are baseless and illegal and were properly dismissed by the competent authority of Liberian state.

In apparent counter to Madam Mulbah – Siaway’s claims, Grow Liberia explains in a statement dated 28 January that it has invested $2.6 million to help establish in Liberia an industry that will process and add value to rubber farming.

It continues that one of Grow’s most valued partners, Mulbah Rubber Estates (MRE) received a cash grant and a loan guarantee as well as technical expertise to help the company move into production of ribbed smoke sheets, a higher – quality rubber product.

It says MRE has been the largest recipient of Grow’s support in the rubber sector, benefitting extensive introductions to potential buyers as well as the financial and technical help.

Grow narrates that all its partners are closely scrutinized, consistent with international standards of governance, which it says includes immediate prompt but fair and transparent investigation of any credible report alleging contractual, governance and ethical breaches by partners or staff.

According to Grow, this approach was used in the matter involving MRE, stating that MRE excepted to the findings or action of Grow and subsequently filed a suit at the Civil Law Court which is pending final determination.

But Mrs. – Mulbah argues that the Grow Liberia release fails to say how much of the US$2.6 million was received by MRE to make it the highest recipient.

For the purpose of setting the record straight, she says MRE received US$ 50,000, from Grow Liberia toward the RSS project, while MRE secured a loan of US$ 150,000 from Liberia Bank for Development and Investment (LBDI).

During the project implementation, she recalls that the amount of US$120,000.00 was received by MRE from LBDI, adding that she gave her property value of US$ 251,671.05 as collateral to the Bank (LBDI), for the purple of this loan.

Mrs. Mulbah – Siaway contends that the Audit report of Baker Tilly can prove that it was only US$50,000 that was received from Grow Liberia and accounted for.

She notes that the initial budget for the factory was US$150,000.00, but based on the instructions from Grow rubber specialists, Derrick Nyumah and international consultant Sarath, MRE was led to demolish and reconstruct the facilities which caused the present value of the factory to swell little more than US$378,425.85.

She adds that the excess was spent by MRE, saying Grow Liberia needs to explain how the US$2.6 million was used on the Liberian farmers.

She also questions why Grow is using the Solicitor General to prevent the criminal case filed against defendant Elizabeth Shelley, Program Manager of Grow Liberia for forgery, criminal conspiracy and criminal facilitation from being heard by the Court when the group claims that its its relationship with partners is “consistent with international standards of governance.”

“The heads of Grow Liberia are accused of doctoring an audit report, the auditors have written to say what was sent to me and said about me is not from them and never their findings. What then is the international standard of governance, transparency that Grow Liberia is bragging about?” Mrs. Mulbah – Siaway ponders.

Madam Mulbah – Siaway, General Manager for Mulbah Rubber Estate (MRE) and president of the Rubber Planters Association of Liberia, complains of being suppressed by her business partner defendant Shelley, head of Grow Liberia International, to the extent that her business has been unable to operate.

Meanwhile Cllr. Saymah Syrenius Cephus says all criminal writs are issued by the Republic of Liberia, noting that nobody in this Republic can issue writ that does not meet the approval of the Solicitor General or the County Attorney in the county in which the action is taken.

According to Cllr. Cephus, Madam Mulbah – Siaway’s action is a civil action owing to the fact that she says that the audit report had exonerated her of the claim of corruption levied against her by defendant Shelley.

Besides, Cllr. Cephus argues that the person that Madam Mulbah – Siaway arrested, defendant Shelley is an expatriate and has some level of diplomatic immunity, therefore she cannot be subjected to Liberian court action. “So as Solicitor General if I were consulted, I would have taken a decision on a way forward,” he adds. By Winston W. Parley

What next for Nwabudike? 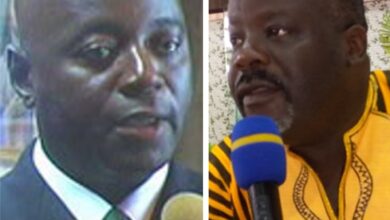 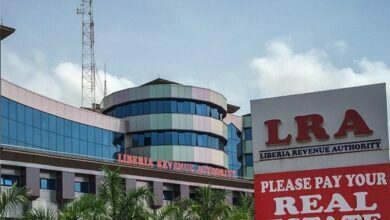 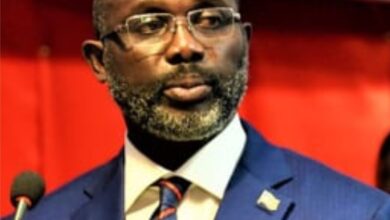 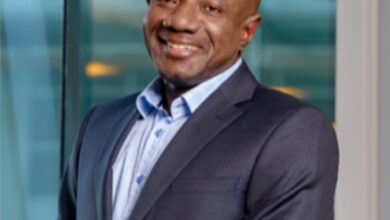