A major stakeholder’s workshop on the African Continental Free Trade Area (AfCFTA) Agreement has officially opened at the Ministry of Commerce and Industry in Monrovia, with stakeholders emphasizing the significance of the instrument in boosting trade for Liberia.

The workshop, being held from February 9-10, 2021, brings together participants from the public and private sectors. The African Continental Free Trade Area (AfCFTA) was established in January 2012, in Addis Abba, Ethiopia, and entered into force on May 30, 2021, with a focus on creating a single African market for goods and services.

Speaking on behalf of the Minister of Commerce and Industry, Madam Mawine G. Diggs, Deputy Commerce Minister for Administration, Wilfred J.S. Bangura, highlighted efforts made by Liberia in implementing the AfCFTA Agreement.

Deputy Minister Bangura said Liberia signed the AfCFTA on March 21, 2018.“These are few benefits of the private sector actors and the general consuming public stand to enjoy as a result of Liberia’s participation in the continental body,” Mr. Bangura said.

He named access to the wider African market of around 1.3 billion consumers, lower or no import duties to designated importing African countries, innovation and production of better quality of products due to specialization and diversification, as well as value for money due to increased supply of variety of goods on the Liberian market.

Deputy Minister Bangura told the gathering that the primary objective of the national strategy is to interlock the main objective of the African Continental Free Trade Area, with Liberia’s national development strategy (Pro-poor Agenda for Prosperity and Development (PAPD).
He also announced the establishment of a National AfCFTA Technical Working Group (NATWG), which will be drawn from trade- related government ministries, agencies, private sector and appropriate civil society organizations.

For his part, Margibi County, Senator, James Emmanuel Nuquay, said the Liberian Senate welcomes the issue of the AfCFTA Agreement and its internal ratification by the National Legislature.
Deputizing for the Senate Committee Chairman on Commerce and Industry, Rivercess County Senator, Francis Paye, Senator Nuquay, noted that the launch of the AfCFTA on January 1, 2021, succeeded the African Union’s 13th Extraordinary Assembly on December 5, 2020, at which time heads of state finally approved the launch of the flagship program.

The Margibi County Senator also noted that the intent of the AfCFTA Agreement is to accelerate intra African trade and boost Africa’s trading position in the global market place.

Also speaking, the Chairman of the House of Representatives Committee on Commerce, Samuel Kogar, said the AfCFTA Agreement will create the largest free trade area in the world that will constitute 1.3 billion people across 53 countries with a combined GDP, put at 3.4 trillion United States Dollars.

The Nimba County Representative said implementation of the AfCFTA will provide the window of opportunities for Foreign Direct Investment, encourage and empower Liberian-owned businesses to find a wider continental access to huge trade opportunities, boost inter and extra Africa trade regime, spotlight trade opportunities for youth and women, create a huge platform for foreign exchange generation, among others. 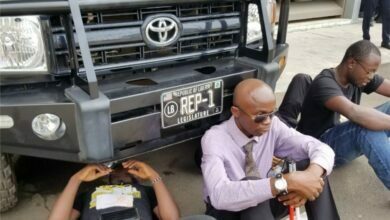