– a message to women voters

In the quest to providing opportunities for women in the governance system of Liberia, the Women’s NGO Secretariat of Liberia (WONGOSOL), has concluded a one-day round table discussion with heads of several women organizations in Gbarnga, Bong County, on the upcoming Special Senatorial Elections (SSE) in Liberia. The discussion focused on supporting women in politics and increasing their chances to be in elected government office and participate in governance. It also encourages networking and support for community women to prevent pre and post-election violence against women.

The 2030 Agenda for Sustainable Development, adopted by all United Nations Member States in 2015, provides a shared blueprint for peace and prosperity for people and the planet. At its heart are17 Sustainable Development Goals (SDGs), which are an urgent call for action by all countries in a global partnership. SDG 5 seeks to achieve gender equality and empower all women and girls and promotes full and effective participation and equal opportunities for leadership at all levels of decision making in political, economic and public life.

Despite the low presence of women on the final elections lists, the WONGOSOL believes that it can make a big effort to help the female contestants to get elected, referencing the just ended round table discussion as a factor that will contribute to women’s success.

With support from the Government of Sweden, the forums will continue across the country under the theme “The Impact and Importance of Women’s Political Participants”. Speaking during at the roundtable, Sam McGill the Regional Human Rights Coordinator for the Independent National Commission on Human Rights, stressed the need for women political participation- adding that women play significant roles in the fight for good governance and nation building.

Mr. Mcgill said women’s political participation is a fundamental prerequisite for gender equality and genuine democracy on grounds that it facilitates women’s direct engagement in pubic decision-making and a means of ensuring better accountability.

McGill told the women audience that their participation results represent tangible gains for democracy, including grater responsiveness to citizen needs, increased cooperation across parties and ethnic lines as well as sustainable future.

“As women, you need to double up your efforts to support your colleagues, women are kindhearted, and they make things happen. They, too, need to be given a voice and the power to serve at the Liberian’s Legislature” he added. According to him, the paradigm of Liberia’s development will be changed for the better when women are given the opportunity to serve in key positions in the governance system of the country. Lena T. Cummings, WONGOSOL Advisor, said that women need to be supported at all levels in national and local election.

Ms. Cummings said that, as survivors of conflict and violence, women have the experience to end persistent disputes as guardians of their social community and with that, the chance must be given to them, to have them elected to power in the elections scheduled for December 8.

She said that women participation in politics and governance also promotes agricultural productivity, enterprise development and, above all, it enhances business management. “Women also play key roles in creating peaceful and stable societies which bring economic growth and development. We want to encourage you to support women whether [you are a] man or [a] woman, you need to support women in this election if the country should move forward,” Ms. Cummings added.

After the discussion, the participants, especially rural women, pledged their commitment to WONGOSOL to do everything in their power to support female candidates in the December 8 elections.

Amanda S. Kollie, Rural Women representative, told journalists that she will encourage her colleagues to campaign for the elections of women to parliament in this December elections, and not just in Bong county, but across Liberia. “We, the women, we have the power to do whatever, so why can’t we support our fellow women to power? We need to stop singing songs behind male contestants and help push our fellow women to power” she said.

She pointed out that statistically, when at least 30% of the legislative positions in a country are occupied by women, the corruption is reduced, stating that the majority of women do not have time for corruption, nepotism or cronyism. In Bong County (where the discus was held, there are eight Candidates contesting the election with only one female contestant.

Women gained voting rights in Liberia following a constitutional referendum on May 7, 1946. The change in the constitution was approved in the Legislature in December 1945 and would grant women the right to vote. It was approved by voters and came into force on 10 December 1946. 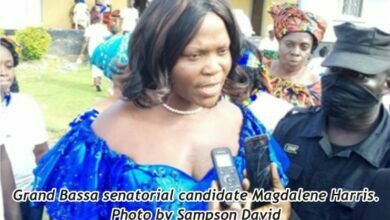 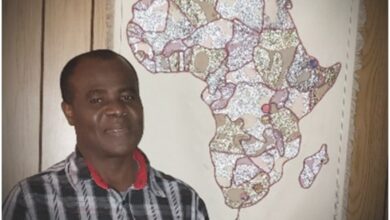 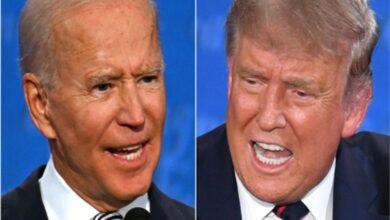 Biden Vs Trump US Presidential Election 2020 Who would be the next president?