ALGIERS – Since the United Nations Development Program began work on the Arab Human Development Reports (AHDR) in 2001, the situation in many Arab countries has gone from bad to worse. In fact, today the region cannot even come together to publish a new report. This is unfortunate, because finding a new shared vision for Arab people, especially Arab youth, is a prerequisite for ever achieving peace and prosperity in the Middle East and North Africa.

The first AHDR, published in 2002, identified three major “development deficits” holding the region back: knowledge, women’s empowerment, and freedom. The report, described as “written by Arabs for Arabs,” had a clear influence on the regional development narrative and the way national elites talked about the problems facing their societies.

Around the time of the first AHDR, the Arab world had reasons for optimism. Israel, having withdrawn from Lebanon in 2000, withdrew from Gaza in 2005. New Arab leaders – such as Abdullah II in Jordan, Mohammed VI in Morocco, and Bashar al-Assad in Syria – were coming to power and generating hope for change. Saudi Arabia announced its first municipal elections in 2003, and held them in 2005. Egypt and Iraq also both held (mostly) democratic elections in 2005. And Algeria’s attempt to quell longstanding civil strife was largely successful, thanks in part to high oil prices throughout this period.

After the Arab Spring, which began in December 2010 and gained momentum through 2011, the UNDP began the 2015 AHDR, which focused specifically on the plight of Arab youth. I was a member of the 2015 AHDR team, along with around 30 intellectuals and activists from the Arab world. The 2015 AHDR shared similar themes with its 2002 precursor, but this time we engaged more directly with influential Arab youth to compile the best data possible, and to put a spotlight on the effects of the wars engulfing the region.

The 2015 report was finalized in May 2015. But it has lain in the drawers of the UNDP Arab Bureau in New York ever since, probably in no small part due to its harsh judgment of the Arab power elite.

One finding from the 2015 report that I can speak to directly is the emergence in the Arab world of a “silent majority” with a more liberal mindset, especially among the young. This promising trend reveals itself in generational comparisons of global opinion polls. Arab youth have more access to information from the outside world than ever before, and they are embracing values shared by other young people globally, rather than the values of their parents’ generation. Specifically, Arab youth yearn for greater participation in civil society, emancipation from patriarchal hierarchies, and more space for individual creativity. While education did not emancipate as much as in the rest of the world, owing to the conservative curriculum, youth did.

Given these findings, the 2015 report advises national, regional, and international progressive groups to support the forces of emancipation, which hold the key to finding homegrown solutions to the challenges of ensuring better governance, more productive economies, and more resilient societies. The only route to large-scale change in the Arab world is to unleash innovation and creativity – and that demands an unbounded civil society. Fundamental civil rights must be established, supported by deep changes in the education system, reforms of family law, and a more open space for media and culture.

The 2015 report, which I hope will be published soon, should encourage a reasoned and constructive regional conversation. It begins with this warning: “The youth of the region are becoming continually more disenchanted with the ossified political power structures that marginalize them. Unless governments wake up to this blinding reality, they are going to have to deal with far more than a few extremists.”

The new silent majority is the best defense against the radical and suicidal undercurrents that have filled the political vacuum created by the collapse of the old order. Reform-minded Arabs must aim to widen the center, rather than trying to bring together the fringes. And the silent majority needs to break its silence. Otherwise, revolts against an unacceptable status quo will continue to be led by extremists, who have only grievances, not aspirations.

The early 2000s held promise for the Arab world, and in today’s youth we can see it renewed. Arab civil-society reformers must be encouraged to speak up now, or risk losing that promise for another generation. 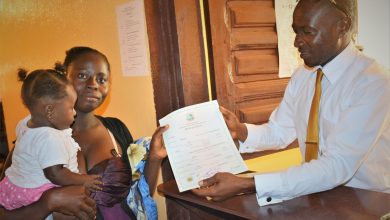