Before his death in December 2020, Dr. Bowman provided healthcare services to the women of Liberia and was credited for having delivered more babies than any other Doctor in Liberia.

On Tuesday, September 6, 2022, the Samuel G. Bowman ELAB officially opened at the JFK Medical Center to provide an environment to build learners’ skills and competencies to cut down the number of preventable deaths in the country.

Through the support of USAID – funded BRIDGE: U – Liberia project, and donations from the Liberia Medical and Dental Association (LMDA) and LMDA Alumni Association Members, the ULCHS Center for Teaching, Learning, and Innovation (CTLI) launched the ELAB clinical simulation space at the JFK Medical Center on Thursday, June 23, 2022.

It will deliver faculty development programming; Camp xSEL, an annual science camp for secondary school students; research on utilizing evidence in the health sciences; the ELAB, a clinical simulation center at the John F. Kennedy Medical Center, an evidence-based decision-making course for current policymakers; and innovation and entrepreneurship, mentorship, and venture incubation.

Dr. Bernice Dahn, Vice President, College of Health Sciences, University of Liberia, said the College is working with the UL Administration towards its target to be among the first 20 universities in Africa.

“We are strengthening the teaching activities and the ELAB is one of the activities that we have come here today to launch,” Dr. Dahn said during the official opening ceremony.

She explained that the university is starting with a small program, but the dreams are big.

“We will open the small one we have today and we will start using it,” she added.

The UL Vice President explained that the College is just taking root following a few years of its existence at the University.

Dr. Dahn recalled that since 2019/2020, the University Authorities gave the College the responsibility to actually position the university to be a well-classed training center in health sciences.

Dr. Dahn reflected that during her school days as a medical student, they did not have the opportunity to repeat things as many times as they wished to master a skill.

These days, she said, there are manikins that react like human beings which medical students can now use to practice and repeat things to master their skills.

“And our plan is to build a simulation lab that we can even do surgery; you’ll have a surgical unit that you can practice some of the things you need to practice in that surgical unit before you get in the OR (Operating Room),” said Dr. Dahn.

Dr. Jerry Brown, Chief Executive Officer, John F. Kennedy Medical Center, said the hospital is happy to have the official opening of ELAB at its facilities.

Dr. Brown said for the past four years including now, JFK has been getting better, and it is bound to get better by virtue of the changes it has had over the years.

“Four years ago, the thought about a simulation center was far from reality. But when Dr. Dahn mentioned it several months ago, we were like how will it happen?” said Dr. Brown.

He said the fact that JFK was chosen among other health facilities in the country to host ELAB, he is grateful.

Mr. Aaron Burr, USAID Program Analyst, BRIDGE: U Management Team Representative, said he was very excited to be a part of the opening of the ELAB at JFK.

Mr. Burr described the ELAB as a great opportunity for the BRIDGE: U program, noting that he is really excited to see where this goes.

He gave appreciation to the University of Liberia and partners for working very hard to prepare for the opening of the ELAB.

The Deputy Director of ELAB, University of Liberia College of Health Sciences, Dr. Hawa Koon,  said simulation education in medical training is one of the most effective ways of acquiring knowledge, skills, and attitude.

She said this method of instructing encompasses all three levels of the learning domain, adding that you are able to practice or enhance cycle motor skills, cognition, and affective skills.

“A simulation education requires a simulation lab. That we have, and we are grateful. Also, it requires [a] scenario. Scenario is an expert experience,” she said

“So you have someone who has passed through an experience and he uses his experience to write a scenario like a play and places the learner in that same situation and the learner learns through that scenario and becomes better,” she added.

Dr. Koon stated that when the learner is exposed to that same situation, they have seen it before in a simulation lab.

Now that Liberia has its own simulation lab and a team has been trained, Dr. Koon said they are equipped and capacitated enough to write scenarios, train their own medical students, nurses, physician assistants, and midwives up to the standard. 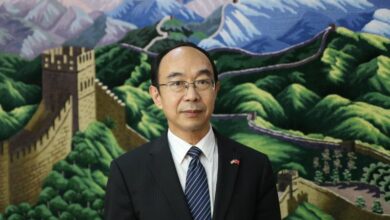