WASHINGTON DC, United States of America, 16 May 2022, /African Media Agency/- On April 21, 2022, African and global fintech stakeholders gathered at the Ronald Reagan Building and International Trade Center for the seventh edition of the Africa Fintech Summit. The bi-annual event returned to Washington D.C. for the first time in three years following a virtual summit in 2020 and a hybrid event in Cairo in 2021.

Like every April edition before it, #AFTSDC2022 was scheduled to hold during the World Bank/IFC Spring meeting. This presented the summit with the opportunity to host fintech leaders already in town for the World Bank event alongside attendees billed to be at the fintech summit.

Further, the U.S.-Africa investment relationship meant that a summit in D.C. would connect African entrepreneurs with some of the U.S. investors responsible for 62% of the top twenty investment deals in Africa in 2021.

The main event kicked off with a keynote address by Deniece Laurent-Mantey, Director for Africa, White House Security Council. In keeping with the event’s theme centered around growth and expansion trends in Africa’s fintech industry, Ms. Laurent-Mantey touched on the potential for Africa’s technology industry to thrive in the coming years. In her words, this potential is limitless because “we are in the midst of an unprecedented revolution in the digital technology – one which is impacting every sector of the economy and social life, bringing people and nations closer together, and making the world a true global village.”

The expert-led discussions saw participation from over 60 speakers and panelists from across the fintech value chain, including Mike Ogbalu, the CEO of the Pan-African Payment and Settlement System (PAPPS), Omosalewa Adeyemi, Global Head of Partnerships and Expansion, Flutterwave, Tosin Eniolorunda, CEO TeamApt, Ray Youssef, CEO and Co-Founder, Paxful, Odunayo Eweniyi, Co-Founder & COO, Piggyvest, and others.

Attendees also got the chance to participate in two insightful workshops. The first, “PR for founders” was hosted by PR company, InsiderPR, and Pavestones, a law firm based in Nigeria, coordinated the second session tagged “Navigating Licensing and Regulation in Nigeria.”

The spotlight the conversations placed on fintech in Africa was further intensified by an Excellence in Fintech award ceremony that recognized major players in Africa’s tech ecosystem for their contributions to the continent’s technology industry and economy. Here’s the full list of awardees:

The event concluded with the New Venture Competition, a pitching session organized in collaboration with IBM. It saw six African founders pitch their startups to a panel of judges. Using the evaluation of the judges and an online poll hosted on the virtual streaming app, Hio Sola-Usidame, founder and CEO of OnePort 365, was declared the winner. He would be participating in IBM’s Hyper Project Accelerator.

The post-event reception presented attendees with the perfect opportunity to solidify the connections made all through the day and at the pre-event VIP dinner that was held on the 20th on the rooftop of Hotel Washington. It proved a fitting way to end an event that had done everything from exploring the intriguing facts and figures behind Africa’s exciting fintech space to connecting innovators with potential collaborators and investors.

The next edition of the Africa Fintech Summit will be held this November in Cape Town, South Africa. The organizers will communicate further details soon.

Africa Fintech Summit is a global knowledge-sharing platform that connects innovators, regulators, entrepreneurs and facilitates conversations and partnerships that help them explore financial technology solutions to improve African individuals, economies and societies. Twice a year, the summit holds in Washington D.C. and a selected African country and sees stakeholders from around the world assemble to chart a progressive course for fintech in Africa by mobilizing investments, hashing out enabling policies, and sharing growth strategies.

Since 2018, the summit has held six times, and has supported:

online by leveraging the power of digital technologies through addonface JOINNOW
https://bit.ly 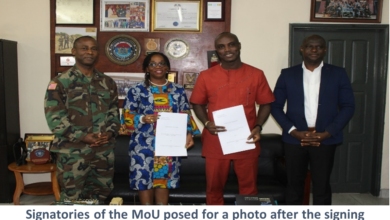 online by leveraging the power of digital technologies through addonface JOINNOW
https://bit.ly

Financial Investment for Gender Equality and Equity in Education
https://thenewdawnliberia.com
,