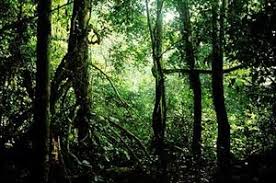 President Ellen Johnson-Sirleaf has been warned not to sign the Act abolishing the Land Rental fee and Land Rental bid premium passed into law by the Liberian Legislature.

The Act passed in 2006 known as the National Forestry Reform Act of 2006 seek to benefit local communities’ in logging concession areas.

The Coordinator of the Community Forestry Development Committee or CFDC, Mr. Nathanial T. Welley said the Act abolishing the Forestry Reform Act of 2006 if sign by the president would undermine the communities’ benefits and award same to logging companies.

He said the bill passed by members of the national legislature failed to address the government’s Poverty Reduction Strategy or PRS and that it encourages unhealthy conditions between community dwellers and companies.

Members of Communities Foresty Development committees attending a review session at the Forestry Development Authority Head office strongly condemned the passage of the bill by the lower House.

They said such bill has the propensity to return the Forestry Sector to its ugly past where communities were robbed of their benefits over the years.

Mr. Welley described the action by the law makers as being apathetic to the communities’ dwellers. He said over the past months, CFDC have held series of meetings with FDA and other partners but nothing relating to this bill was discussed.

He accused representatives from various counties of seeking personal growths through logging companies by passing the bill to abolish communities’ benefits.

If FDA remains silent and allow such bill to pass, it will reawaken conflicts in forestry sectors, claimed Welley.