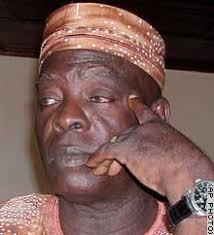 Former interim leader Moses Blah, is currently seeking medical attention at SOS Clinic in Congo Town. According to Nettie Blah, wife of the former Head of State, her husband is suffering from heart disease.

Nettie Blah revealed to the media, the family has not received any funding from government since the former president was hospitalized. Recently President Moses Blah was revealed as the killer of the late rebel commander Sam Bockarie.

The family of the former leader is calling on the government attention during this sad period of the family. Blah took over as President of Liberia during the heated conflict in 2003 that led to the stepping down of Former President Charles Taylor.

Ex- President Taylor is currently undergoing investigation in The Hague for crimes against humanity and trading of blood Diamonds for arms in Sierra Leone. The illness of the 63yrs old former leader threaten the strength of the opposition National Patriotic Party ahead of the general election, Blah activeness in the party will post a compulsory division among the citizens of Nimba County comes 2011.

Bong Miners, Others Threaten to go on the Rampage