Despite the movie industry in Liberia thriving to get on par with others in Africa, Liberia’s international movie star Korto Davis is on the move to empower Liberian producers through her KD short film festival award.

The award winning actress notes in an exclusive interview with the New Dawn that after lots of achievements internationally, she has returned to help in improving the Liberian movie industry by empowering producers thru cash award and training.

Korto further explains: “I always have the passion for Liberia; I grew up with passion for movies, went to school and study theater act though I studied in Ghana but I always know that Liberia has lot of hidden talents; the only thing I believe is that they don’t have the opportunity to do what others are doing, like people coming to teach them or even build movie school here for them.”

She says for so long she has noticed the Liberian public has lost interest in watching home movies due to poor quality and lack of standard equipment to shoot a movie that could be screened internationally.

She discloses that Nigerian and Ghanaian movies are ahead of Liberia’s due to state of the art equipment used in their film production, adding that it is against such backdrop she decided to return home in order to help with her own experience, so that Liberian movies will once again have some taste.

“Once we do this competition, it will enable our Liberian producers to do better film with the mindset that they are in competition with each other, even next year, we are trying to open it up to other countries and we are not only giving the money but also going to open workshop after this first edition to teach them the do’s and don’ts of film making”, Korto Davis.

According to her, the competition will enable producers to produce short films that will be evaluated by judges and only six will make it to the grand show at the Monrovia City Hill on Friday, 16 November when three out of the six will be announced as winners. 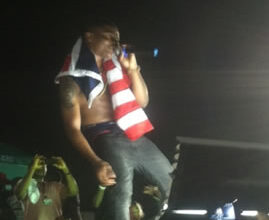