Liberia Chess Federation (LCF) president Mr. William T. Thompson says Liberian Chess players’ performance has given him a motivation to believe that if more resources are invested for urgent development of Chess in Liberia, the country could make a greater impact in the sport.

Addressing the opening of the African Junior Chess Championship 2021 program in Monrovia on Tuesday night, 28 December 2021, Mr. Thompson however said he was happy that the Government of Liberia through Finance Minister Samuel D. Tweah has seen the urgent need to develop Chess here.

“And I personally believe that if we invest in the younger generation of Chess, the country … will make [a] very, very greater impact,” said Mr. Thompson.

Following the formal opening ceremony, the African Junior Chess Championship games were scheduled to commence on Wednesday, 29 December 2021 for which 12 African countries had earlier confirmed their participation.

But the number of participating countries dropped slightly after it was announced at the Tuesday evening program that South Africa, Angola, and Sao Tome and Principe could not be present due to health-related or other technical issues with Covid -19  regulations.

Liberia is hosting the African Junior Chess Championship from 28 December 2021 through 5 January 2022 at the Monrovia City Hall in Sinkor.

Each African Federation is allowed to send three participants for each section, but host country Liberia will field five players with an option of registering up to seven participants, LCF has disclosed.

Compared to other Chess Federations in different African Countries, LCF president Mr. Thompson argued that Liberia’s Chess Federation is very young, noting that it took part in its first Olympic in 2018 and emerged second to Nigeria in West Africa.

“This has given me the personal motive that if we invest more into Chess development in Liberia, our country can prevail,” he added

Mr. Thompson welcomed and appreciated all the international players who, despite travel restrictions imposed by different countries in the fight against the global Coronavirus outbreak, have braved the storm to come to Liberia and participate in the African Junior Chess Champion.

Officially launching the program, Mr. Zeogar D. Wilson, Liberia’s Minister of Youth and Sports, said the Ministry is proud of the leadership of the Liberia Chess Federation.

Minister Wilson recalled that in 2018 when he became Minister of Youth and Sports, many of the federations and associations had problems, with the Chess Federation being no exception.

He said through the intervention of him and his team at the Ministry of Youth and Sports, problems in the Chess Federation have been resolved and it is now headed by leadership that he is proud of.

Additionally, Minister Wilson said he is proud that for the first time, Liberia is hosting a [international] Chess Tournament. He assured LCF his continuous support, saying he can delay in signing any paperwork, but when it comes to the Chess Federation, he cannot delay.

Giving a brief history of Chess in Liberia, Mr. Kemo Sambola, a member of the planning committee, LCF, narrated that Chess was continually played in an unstructured manner around Liberia until in 2014 when Finance Minister Samuel D. Tweah, along with other Chess players decided to have a more structured Chess game in the country.

Since its formation, he said it’s been hard to defend the Chess Championship in Liberia, especially for the male team because it has always shifted from one winner to the other.

But in the female category, Mr. Sambola said a very young girl, Ms. Abigail Karyah won the championship in 2019 and subsequently defended it this December with victory by breaking the chain. The tournament could not be held in 2020 due to the Coronavirus outbreak.

Mr. Thomas G. Karyah, Co-chair, LCF Planning Committee, said the federation was pleased to have a household of participants.

Due to health-related or other technical issues with Covid – regulations, Mr. Karyah said some countries could not come to the Championship, including South Africa, Angola, and Sao Tome and Principe.https://thenewdawnliberia.com/african-chess-players-converge-in-monrovia/ 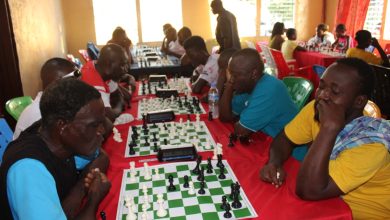 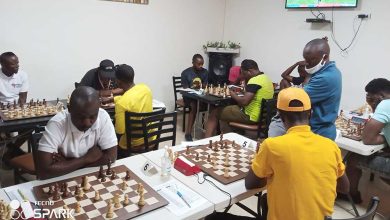 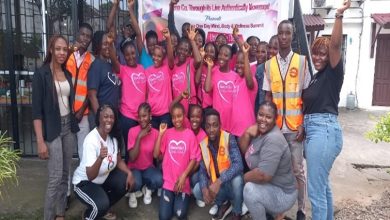