My people: I know many of you are worried about some of the things going on in the country. I am too. The so-called mysterious deaths of Liberians is troubling. The other day, I returned to Monrovia to news of another “mysterious death”. The man’s name was Mr. Anthony Johnson. From the pictures we have seen, it is hard not to believe that Mr. Johnson was killed. Please remember his family in your prayers.

Under this government, the “mysterious deaths” are plenty! We have to ask ourselves; how many times are we going to be expressing sympathies to families for the mysterious deaths of their loved ones? How can anyone in our country feel safe when the government cannot explain how people are disappearing and dying?

Today, in many places in and around Monrovia, in the day or night, people are scared to walk the streets. Communities are unsafe. Drugs and crimes are taking over our streets and neighborhoods. The people who should be helping to protect our people are themselves helping to sell the drugs to our children. The people who should be fighting crimes are looking the other way while people are being robbed and harmed, and while armed robbers are breaking into homes terrorizing sleeping families.

When President Weah was asked about the “mysterious deaths” and the fear people are now living under, he said people should go and buy CCTV. What kind of President tells families who are crying for the wicked killing of their relatives to go buy CCTV? How many Liberians can buy CCTV? Many Liberians are not working. Those who are lucky to be working, the government has cut their salaries so much that there is barely anything left to do anything, let alone buy CCTV!

For many civil servants, the monthly cost of transportation is more than their harmonized salaries. Everyday in the life of ordinary Liberians is a struggle just to eat, or to pay rent, or to pay school fees. When someone gets sick, the whole family is likely to breakdown because they can hardly afford to pay the hospital bill.

Maybe some of the President’s friends and officials can buy CCTV. But it is not the President’s friends and officials that are dying mysteriously, or being harmed, robbed and are scared to walk the streets or get in a taxi cab at night. It is ordinary Liberians that are now living through this hell. And they cannot afford CCTV.

Governments have a duty to protect everyone – those who can afford and those who cannot. Because every life is precious.

All over the world, the first thing every government tries to not fail in doing is protecting the lives of its people. Even on this one, somehow, President Weah’s Government is failing, again.

My people, I don’t know how, but today, I have come to beg you to please protect yourselves. Get home early. Lock your doors at night. Look out for each other. Do your best to be safe.

From the bottom of my heart, I promise you – we will work as hard as we can to make President Weah a one-time President.

And when we do, we will end this mysterious deaths business in our country by going back and investigating all of these deaths, from Mr. Matthew Innis to Mr. Anthony Johnson. Anyone we find to be involved – big hand or small hand – we will arrest you, try you, and punish you severely, in keeping with the law.

The other thing that worries me is the confusion over land business. Such confusion can threaten our peace. I am still trying to talk to some of the leaders and elders of the country to really understand what needs to be done so that all of our people, everywhere in Liberia, can enjoy living anywhere in Liberia.

I know there are plenty things that are wrong with our country. To be fair, this government did not do all the things that are wrong with our country. They met some of the wrong things there. But they have spoiled the wrong things even more. And they are showing us everyday that either they are not able to fix it, or don’t even know how to fix it. For sure, they are not even letting themselves try to fix it.

And so, here again, I have come to ask all of our people to do all we can to accept each other. Let all of us try to keep our peace. Like I said, this government time will end in three years. As soon as they leave, we will look seriously into all of the major land palaver in the country to find a workable and lasting solution to them. Our interest is that all of our people will live and prosper together as citizens of one nation.

Lastly, many of you will remember that at the end of March, ordinary people protested in Maryland County. The protest was mostly led by women. Again, our government was slow and careless to respond to the killing of a son of the county. Marylanders are peaceful people. But as is the case with these kinds of protests, some people wrongfully engaged in the destruction of properties.

We condemned the violence, called for calm and appealed to our people to wait for redress to their grievances. Our people listened. But today, they are still waiting. Again, the real reason our people protested was that their government was slow and careless to respond. This led to frustration that the government does not act to protect all of its people, or to punish all who commit crimes, in the same way.

When it comes to the law, governments should not be picking and choosing, or letting the people believe that it is doing so. Governments have a duty to act fair and to be just to everyone. When a government does not act this way, overtime, the people learn not to trust the government. And this can lead to frustration and people taking the law into their own hands.

You would think that by now this government would be trying to show that they understand this. Actually, they don’t.

I say this because out of the protest, 34 Marylanders have been arrested and jailed. None has been formally charged. Some have been in jail since April 1. And so, the Liberian Government is reacting to a protest which is really questioning its ability to uphold the law by actually breaking the law.

And so, I am calling for the immediate release of all persons who have been jailed, in connection to the protest, since the last 28 days, without a charge.

I am also calling for the immediate lifting of the curfew. Except to unfairly punish our people, there is now no reason to keep our people under curfew, which is causing more hardships.

Once again, my people, I ask all of you to please keep yourselves safe. Hold on -real change is coming. Liberia deserves better.

May God continue to bless our nation.

The Truth and Nature of Xinjiang-related Issues

The Truth and Nature of Xinjiang-related Issues 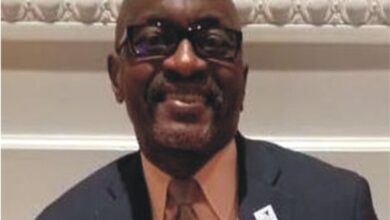 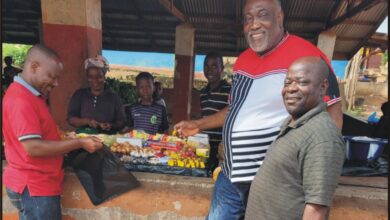 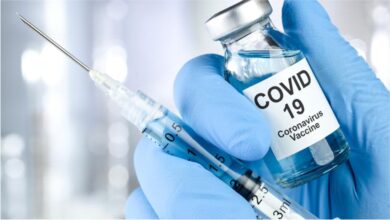 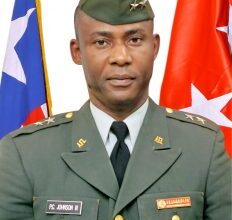