The Minister of Public Works Ruth Cooker-Collins has promised Nimbaians that the Ganta-Sanniquellie corridor will be connected by end of December 2022.

She promised that under her administration as Minister of Public Works more roads will be connected to enable citizens have access to goods and to take their produce to the market.

The Public Works boss made the promise last week during a tour with President George Weah to Sanniquellie.

Minister Collins thanked the CSC company paving the road for the level of work currently being done on the Ganta-Sanniquellie Road.

She said road connectivity is a paramount concern of the government and the Ministry of Public Works is on top of her game.

Meanwhile, following a recent visit to Gbor Payee Town in Nimba County after last week’s cabinet retreat held in the county, President George Weah has promised to electrify about 17 towns in Nimba under his solar lights program.

Speaking recently to villagers in Gbor Payee, President Weah said the solar light project will help to improve their living conditions and create job opportunities for their children, who will be hired and paid by the government to erect solar lights in towns, villages and clans.

President Weah also promised rural women in Gbor, who welcomed him in huge numbers during his visit there, to shortly produce a song for them.

According to Mr. Weah, the pending music titled “Women are special people” will help him to get more support from women of Nimba.

President Weah called on Nimbaians to reject any other presidential and senatorial candidate, but to vote for him and Senator Prince Johnson next year. Editing by Jonathan Browne 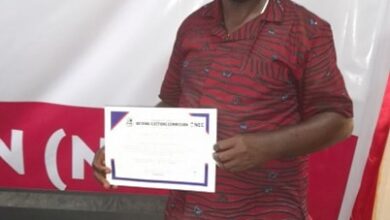