STANFORD – Government-funded scientific research runs the gamut from studies of basic physical and biological processes to the development of applications to meet immediate needs. Given limited resources, grant-making authorities are always tempted to channel a higher proportion of funds toward the latter. And, faced with today’s tight budget constraints, the inclination to favor projects that have demonstrable short-term returns is arguably stronger now than in the past. But to succumb to it is a mistake. Some of science’s most useful breakthroughs have come as a result of sustained investment in basic research or as by-products of unrelated efforts.

Indeed, evaluating the impact of any research project is difficult. As Marc Kirschner, a professor at Harvard Medical School, pointed out in a thoughtful editorial in the journal Science: “One may be able to recognize good science as it happens, but significant science can only be viewed in the rear-view mirror.”

Even preeminent researchers may underestimate the significance of their findings at the time they obtain them. When Salvador Luria, my university microbiology professor, received the 1969 Nobel Prize in Physiology or Medicine, he made the point eloquently, sending a humorous cartoon to all who had congratulated him on the award. It depicted an elderly couple at the breakfast table. The husband, reading the morning newspaper, exclaims, “Great Scott! I’ve been awarded the Nobel Prize for something I seem to have said, or done, or thought, in 1934!”

Discoveries can come from unforeseen directions, as seemingly unrelated and obscure research areas intersect unexpectedly. In a 2011 editorial, the French biologist François Jacob described the research that led to his 1965 Nobel Prize in Physiology or Medicine. His lab had been working on the mechanism that under certain circumstances causes the bacterium E. coli suddenly to produce bacterial viruses. At the same time, another research group was analyzing, also in E. coli, how the synthesis of a certain enzyme is induced in the presence of a specific sugar.

As Jacob put it, “The two systems appeared mechanistically miles apart. But their juxtaposition would produce a critical breakthrough for our understanding of life.” Thus was born the concept of an “operon,” a cluster of genes whose expression is regulated by an adjacent regulatory gene.

Another quintessential example of both the synergy and serendipity of basic research is the origin of recombinant DNA technology, the prototypical technique of modern genetic engineering (sometimes called “genetic modification,” or GM). It resulted from a combination of findings in several esoteric, largely unrelated areas of basic research in the early 1970s. Research in enzymology and nucleic acid chemistry led to techniques for cutting and rejoining segments of DNA. Advances in fractionation procedures permitted the rapid detection, identification, and separation of DNA and proteins. And the accumulated knowledge of microbial physiology and genetics allowed foreign DNA to be introduced into a cell and made to function there.

The result was the birth of modern biotechnology. Over the last 40 years, recombinant DNA technology has revolutionized numerous industrial sectors, including agriculture and pharmaceuticals. It has enabled the development of vaccines against infectious diseases and drugs that treat non-infectious illnesses like diabetes, cancer, cystic fibrosis, psoriasis, rheumatoid arthritis, and some genetic disorders.

Another example is the creation of hybridomas, hybrid cells created in the laboratory by fusing normal white blood cells that produce antibodies with a cancer cell. Researchers wanted to combine the cancer cells’ rapid growth and the normal cells’ ability to dictate the production of a single specific “monoclonal” antibody. Their goal was to learn more about the rates of cellular mutation and the generation of antibody diversity.

But, as it turned out, these immortal, antibody-producing cells were useful not only for scientific inquiry, but also as a novel technological instrument for a variety of medical and industrial applications. Indeed, the technology has led to the development of highly specific diagnostic tests; blockbuster anti-cancer drugs such as Rituxan (rituximab), Erbitux (cetuximab), and Herceptin (trastuzumab); and Avastin (bevacizumab), which is widely used to treat both cancer and diseases of the retina that commonly cause blindness.

In his editorial, Kirschner bemoaned the “tendency to equate significance to any form of medical relevance,” noting that it caused research into non-mammalian systems to be treated “as intrinsically less valuable than studies on human cells.” As a result, simple but informative model systems can be overlooked, and an important link between basic science and human medicine can be lost.

The past century of research on various non-mammalian model systems makes this point persuasively. For example, studies of Caenorhabditis elegans, a tiny roundworm, have provided a wealth of information on cellular differentiation, neural networks, meiosis, and programmed cell death. Studies of the fruit fly, Drosophila melanogaster, have significantly advanced our understanding of the mechanisms underlying Mendelian genetics.

The amount of money funneled by governments into research is large. In the United States, the National Institutes of Health spends roughly $30 billion a year, and the National Science Foundation adds another $7 billion. As officials decide how that money is to be spent, they would be wise to glance in the rear-view mirror and fund the basic research that keeps science moving forward.

Henry I. Miller is the Robert Wesson Fellow in Scientific Philosophy and Public Policy at Stanford University’s Hoover Institution. A physician and molecular biologist, he was the founding director of the Office of Biotechnology at the US Food and Drug Administration. 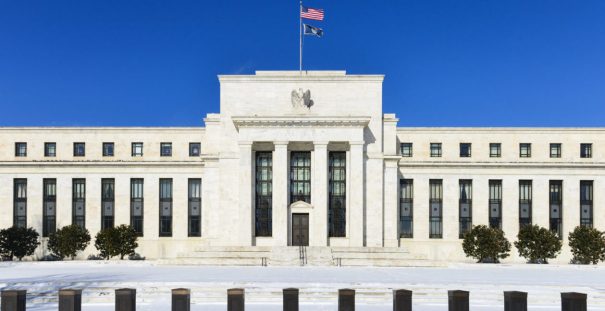 The Future of Fish Farming

Three Humanitarian Challenges for Africa in 2018

The Promise of Telemedicine