The international community is concerned about stalled Israeli-Palestinian peace prospects, and the knock-on effects on regional stability, and international tranquility. 25 years of diplomatic initiatives have failed to bring peace to Israelis and Palestinians. In 1991, at the Madrid Peace Conference, the two sides met and negotiated in person for the first time. It was internationally agreed upon that with time and diplomatic efforts, Israel could peacefully coexist alongside a new Palestinian state comprised of Gaza and the West Bank.
Such hopes have gone unrealized. Recently, many have called for reconsidering alternatives to the two-state solution such as the creation of a binational, federated state — inhabited by Israelis and Palestinians with equal rights. Though the political future of Israel and Palestine remains uncertain, it is critical that constructive dialogue aimed at bringing consensus and progress must continue.

Since its start, there have been innumerable diplomatic initiatives aimed at resolving the Israeli/Palestinian conflict. There was the Camp David Summit in 1978, the Oslo Accords from 1993 – 1995, the Clinton Parameters in 2000, the Taba Summit in 2002, the Arab Peace Initiative in 2002, the Mitchel talks from 2010 – 2011, and the Kerry talks from 2013 – 2014.
Though all have contributed to advancing Israeli-Palestinian peace, the collective progress is nonetheless negligible. Despite limited outcomes, efforts must continue. New efforts should focus on areas where previous talks fell short, and shift the focus from all-encompassing peace to smaller victories on an accumulation of social, economic, and political issues.

Though the prime challenge of establishing territorial boundaries remains, secondary obstacles have become more difficult to resolve. Such considerations require flexibility and respect for the historic and ethnic backgrounds of both parties. More delicately, steps need to be taken to reach a durable consensus regarding Jerusalem and its contested status.

This must be done in a way that is conscientious and forward-looking if it aims to mitigate recurring territorial disputes in years to come. Negotiations must also clearly lay out the future of Palestinian refugees, where they will be resettled, what programs will assist their resettlement, as well as how they will become self-sustaining. Further, parties must discuss Israeli settlements expansion during the last decade. A joint report from the Carnegie Endowment for International Peace and the Baker Institute about a two or a one-state solution asks the perennial question: Do we need new ideas, or new determination and political will behind previous ones?

Understanding the conflict’s long and tangled history is vital to addressing it. The Israeli-Palestinian conflict began at the end of the Arab-Israeli War in 1948 when the land surrounding the Jordan River was divided into the Jewish state of Israel, Gaza, and the West Bank. Disputes over boundaries, contestation over resources, and ethnic tension brought continued strain between those governing the territories. The conditions created subsequent wars in the ensuing years which led to boundary amendments. The Yom Kippur War of 1973 broke out when Egypt and Syria attacked Israel in response to Israel’s occupation of the Golan Heights and the Sinai Peninsula. The conflict ended with a peace treaty between Egypt and Israel agreed upon at the 1979 Camp David Accords. But since then, violence and instability have continued due to the same social, political, and historical factors that drove the conflict decades ago.
Negotiations must clearly lay out the Palestinian refugees’ future: where will they be resettled? what programs will assist? How they will become self-sustaining?

An uprising of hundreds of thousands of Palestinians from the West Bank and the Gaza Strip in 1987 became known as the Intifada. The conflict dragged on for five years, ending with the 1993 Oslo Accords which established a process through which Palestinians could achieve self-governance. Formal relations were established between the Palestinian Authority (PA) and the Israeli government, but peace was short-lived. The second intifada in 2000 saw the conflict’s most unprecedented violence. It ended in 2005 with the construction of the Israeli West Bank Barrier amidst renewed calls for peace and dialogue from political exponents in Israel, Palestine, and the international community. Ever since smaller violent episodes have occurred regularly along the Palestinian territory and Israeli border.
In 2015, after sustained violence and a failure to progress toward Palestinian Statehood, Palestinian President Mahmoud Abbas claimed Palestine no longer considered itself bound by the Oslo Accords. He stated Palestinians did not believe Israel had taken steps toward their objectives. This was an excruciating setback.

However, it was not fatal. It became a call for renewed commitment to Palestinian statehood, protection of Palestinian rights, and dialogue between the two governments. In August of 2014 fighting between the Israeli military and Hamas, the Sunni Islamist fundamentalist group deemed a terrorist organization by the US, killed 2,251 Palestinians and 73 Israelis. Clashes between Palestinian protesters and Israeli security officers resulted in Hamas launching 3,000 rockets at Israel. Israel launched a full-scale military operation against Gaza. When all was said and done it was the Egyptians who helped broker the ceasefire.
Recent Developments

The past year has seen novel tumult, starting with US President Donald Trump’s controversial decision in December 2017 to move the US embassy in Israel to Jerusalem. When demonstrations erupted, Israeli Security forces killed 86 demonstrators, injuring 3,700 more between March 30th and May 15th. The time of year happened to mark the 70th anniversary of Israeli statehood and Nakbat, the mass exodus of Palestinians.

With the May 14th opening ceremony of the US Embassy, protests continued. Many in the international community criticized America’s decision, claiming it made dialogue even more elusive. Rupert Colville, spokesperson for the U.N. High Commissioner for Human Rights responded to the violence stating, “We condemn the appalling, deadly violence in Gaza yesterday, ” while United States UN representative Nikki Haley defended Israel claiming, “No country in this chamber would act with more restraint than Israel has.” As of September 2018, little progress has been made regarding dialogue and implementing plans to bring about peace.

The potential for a third intifada exists.

Fighting between the aforementioned Gazan power-broker, Hamas, and the Israeli military broke out in May. Hamas militants fired 100 rockets at Israel. Responding to the national security threat, Israel executed missile strikes throughout Gaza. Gazan militants responded with another 150 rockets fired at Israel between the 8th and 9th of August. Subsequent Israeli airstrikes killed three Gazans. UN Special Coordinator for the Middle East Peace Process Nickolay Mladenov called for restraint, while Egypt continues to work on a peace agreement for Israel and Hamas. However, an imminent agreement is unlikely. Divisions between the governing authorities in Gaza and the one of the West Bank respectively complicate Palestinian dialogue.

The continued passage of time is eroding principles that defined the two-state solution
On August 24th the US State Department redirected $200 million slated for West Bank and Gaza aid to more pressing issues; the US would no longer fund Palestinian refugees. The United States has since closed the Palestinian Liberation Organization’s office in Washington D.C. In response, a member of the Palestinian delegation to the US asserted this as evidence that the US had abandoned the prospect of a two-state solution.
The international community must reestablish principled, fair negotiations between the Israelis and Palestinians.

Risks
According to former US Ambassador to Syria and Israel Edward P. Djerjianm, “Facts on the ground, demographics, domestic politics, and geopolitical trends all suggest the continued passage of time is eroding some of the bedrock principles that have defined the contours of the two-state solution for decades … Failure to address the conflict may … force more unstable and challenging realities on all parties.” This was a suggestion that the potential for a third intifada exists. Fortunately, Israel and the international community see that risk and are committed to mitigating it.

Israel has expressed a willingness to diplomatically address triggering issues. But compared to Israel, the Palestinians’ political and military weakness, as well as the PLO, Hamas, and the PA’s internal divisions reduce the likelihood of all-out war. Violent episodes like those in May are likely. To be sure, unchecked Israeli/Palestinian violence could be disastrous. There’s no guarantee the conflict wouldn’t spread to Lebanon, where Hezbollah waits launch Israeli attacks.

Steps the international community could take to renew international commitment to peace include the pursuit of an effective two-state solution implemented through previously developed international frameworks. Negotiations are more likely to succeed if executed under UN resolutions 242 and 338’s terms. These stipulate that the conflict’s resolution requires, “…the withdrawal of Israeli armed forces from territories occupied in the recent conflict.” And, that all states in the area must respect the sovereignty of other states and, “…their right to live in peace within secure and recognized boundaries free from threats or acts of force.”

Final Israeli and Palestinian borders should the June 4th, 1967 borders. Appropriate legal channels will resolve additional conflicts. Dialogue must address refugees. The rehabilitation and reintegration of refugees require significant international fiscal and logistical support. Jerusalem may hold the capitals of both states, with Palestinian neighborhoods under Palestinian control and Jewish neighborhoods under Israeli control. People of any religion should be able to go to any religious site in the city.

Beyond territory and refugees, the Palestinian state should be non-militarized. This, to reduce the risk of hostilities. Israel and Palestine need special security arrangements. A multinational force if developed and used throughout the Jordan Valley would be a confidence-builder for both sides. Equitable sharing of resources is also a priority.

The transportation of goods throughout the territories should be unhindered. According to Djerijian, relations between Israel and Palestine should be, “…based on principles of equal sovereignty of states, and creating supportive conditions for good neighborly relations. Progress in the peace process will be an integral part of the promotion of the wider peace between Israel and Arab/Islamic nations. Per the Arab peace initiative: ”Beyond the big issue of territorial boundaries, success will likely be measured with many small-scale programs. And their ability to create conditions favorable to long-term peace between Israel, Palestine, and the wider region.”

Conclusion
The above challenges are significant and old. That doesn’t mean they are insurmountable. The participants have resolved problems in the past and shall do so again. It will require international commitment and political will. The international community must reestablish principled, fair negotiations between the Israelis and Palestinians. A sustainable resolution can only be a result of sustained dialogue, a spirit of compromise, and well-mediated negotiations. The challenges are greater than the international community has not failed, but it has not succeeded. Peace is attainable. All who have suffered so without it should keep it in their sights.

Gabriel M. Piccillo is Vice President for Conflict, Stabilization, and Reconstruction at the International Institute for Peace, Democracy, and Development (IIPDD). He is based between the Middle East and Washington, DC.By Gabriel M. Piccillo 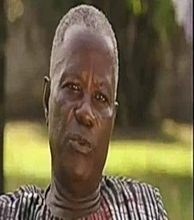 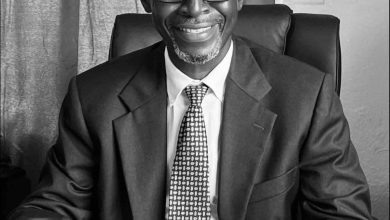 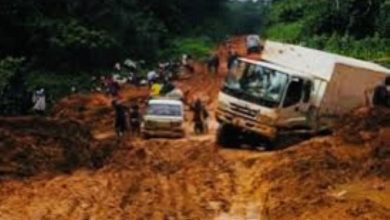 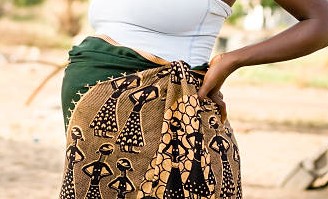 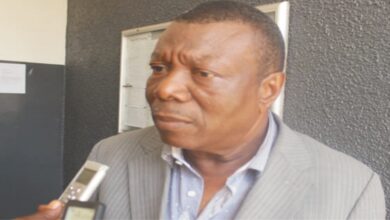 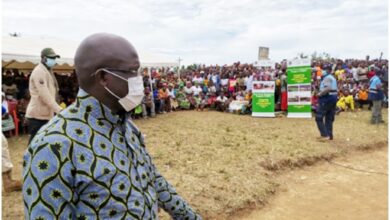