STANFORD – The recent controversy over errors in a 2010 paper by the economists Carmen Reinhart and Kenneth Rogoff is a sad commentary on the demands of the 24/7 news cycle and the politically toxic atmosphere surrounding fiscal policy in the United States, Europe, and Japan. In their paper, “Growth in a Time of Debt,” Reinhart and Rogoff estimated large declines in growth associated with public-debt/GDP ratios above 90%. But it contained coding errors discovered by a University of Massachusetts graduate student. When corrected, the effect is substantially smaller, but nonetheless economically consequential.

The Reinhart/Rogoff paper is just a small part of a voluminous academic literature that shows high debt levels to be economically risky. A more fundamental question is causality: the state of the economy certainly affects the fiscal position, just as taxation, spending, deficits, and debts may affect economic growth.

Research errors in economics are not uncommon, but they are usually caught at an early stage, as happened once to me in a prepublication draft. Sometimes errors are not discovered until later, when they are working papers, as with Reinhart and Rogoff, or after publication, as with Nobel laureate Ken Arrow, who had to correct a mistake in the proof of his famous impossibility theorem.

Economists use different methods to analyze fiscal issues: stylized analytical models; macroeconometric models fitted to aggregate data, such as those used by the Federal Reserve, the European Central Bank, and the US Congressional Budget Office (CBO); empirical estimation of key parameters, such as spending multipliers; vector autoregressions; and historical studies. Each of these approaches has its strengths and weaknesses, and serious economists and policymakers do not rely on a single study; rather, they base their judgments on complementary bodies of evidence.

Thus, there is no excuse for the outrage, the exaggerated claims for one paper’s influence, and the attempt to use the error to discredit legitimate concerns over high levels of debt (let alone to vilify the authors).

While large deficits are usually undesirable, sometimes they can be benign or even desirable, such as in recession, wartime, or when used to finance productive public investment. In normal times, deficits crowd out private investment (and perhaps crowd in private saving and/or foreign capital), and hence reduce future growth. By contrast, in a deep, long-lasting recession, with the central bank’s policy rate at the zero lower bound (ZLB), a well-timed, sensible fiscal response can, in principle, be helpful.

But the political process may generate poorly timed or ineffective responses – focused on transfers rather than purchases, infra-marginal tax rebates, and spending that fails cost-benefit tests – that do little good in the short run and cause substantial harm later. America’s 2008 stimulus barely budged consumption upward, and the 2009 fiscal stimulus cost hundreds of thousands of dollars per job – many times higher than median pay.

We should adopt policies that benefit the economy in the short run at reasonable long-run cost, and reject those that do not. That sounds simple, but it is a much higher hurdle than politicians in Europe and the US have set for themselves in recent years.

I estimated the impact on GDP of America’s recent and projected debt increase (in which the explosive growth of public spending on pensions and health care looms largest), using four alternative estimates of the effect of debt on growth: a smaller Reinhart/Rogoff estimate from a more recent paper; a widely used International Monetary Fund study, which finds a larger impact (and which deals with the potential reverse-causality problem); a related CBO study; and a simple production function with government debt crowding out tangible capital. The results were quite similar: unless entitlement costs are brought under control, the resulting rise in debt will cut US living standards by roughly 20% in a generation.

Corroborating statistical evidence shows that high deficits and debt increase long-run interest rates. The effect is greater when modest deficit and debt levels are exceeded and current-account deficits are large. The increased interest rates are likely to retard private investment, which lowers future growth in employment and wages.

Numerous studies show that government spending “multipliers,” even when large at the ZLB, shrink rapidly, then turn negative – and may even be negative during economic expansions and when households expect higher taxes beyond the ZLB period. Permanent tax cuts and those on marginal rates have proved more likely to increase growth than spending increases or temporary, infra-marginal tax rebates; successful fiscal consolidations have emphasized spending cuts over tax hikes by a ratio of five or six to one; and spending cuts have been less likely than tax increases to cause recessions in OECD countries.

Some argue that fiscal consolidation by gradual permanent reductions in spending would be expansionary for high-debt countries, as occurred in some historical episodes. Others maintain that a temporary increase in spending now would boost growth. Both could be expansionary – and not, depending on details and circumstances. Because many countries have been consolidating simultaneously, interest rates are already low; and, for the US, which accounts for more than 20% of the global economy and issues the global reserve currency, caution in generalizing from other fiscal episodes is highly advisable.

Nonetheless, the evidence clearly suggests that high debt/GDP ratios eventually impede long-term growth; fiscal consolidation should be phased in gradually as economies recover; and the consolidation needs to be primarily on the spending side of the budget. Finally, the notion that we can wait 10-15 years to start dealing with deficits and debt, as economist Paul Krugman has suggested, is beyond irresponsible. 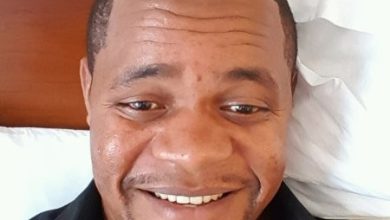 Opinion: Dr. Tenny, Cease the Trumpian Model of Politicking; Ambassador Lewis Brown is one of Liberia’s Finest Politicians and Diplomats

Liberia and Concession Agreement: The Case of MITTAL STEEL

Give Workers a Fighting Chance