The Acting Executive Chairman of the Liberia Anti-Corruption Commission (LACC) says public insinuations that the LACC is in crises are absolute falsehood and mere propaganda.

Speaking in a news conference at the LACC office in Monrovia over the weekend, Cllr. Kanio Bai Gbala said the Liberia Anti-Corruption Commission is alive and well with all functions of the commission effectively moving forward in accordance with laws.

“The LACC is alive and well. In the past few days there are lots of uproars in the media alleging that the commission is unstable and there are some internal fights. That there are accusations and counter- accusations within the LACC but the reality is all these allegations are untrue and total falsehood. The actions of these people to deliberately place these allegations in the media by some people are people who don’t want [to] see progress at the commission,” he said.

According to him, he has taken some administrative decisions for forward march of the entity and changed the dispensation of trending issues there.

He says the LACC remains engaged with partners, including the African Development Bank on the educational sector of the commission and that all programs remain active, contrary to speculations.
The acting LACC boss points out that he’s cognizant of the groundless, factless and untrue allegations being made against him purely for political reasons and that he’s aware why those false allegations are being brought against him now.

He continues that an entity like the LACC which mandate clearly states that confidentiality is key and hallmark of the day to the extent that an accused by the commission has rights until proven by investigation and through the judiciary verdict before information can be given out to have engaged in smear campaign is unacceptable within the laws and operations of the anti corruption institution.

Meanwhile, Cllr. Gbala welcomes call by the Center for Transparency and Accountability in Liberia for an investigation at the LACC with consent of President George Weah.

“Over 40 years I have held my name tight and worked [for] not plenty money but my reputation stands tall and it is so dear. These allegations cannot happen to me because I have protected them jealously,” he maintains.

He explains that since his appointment at the commission, the LACC has become more effective including hosting the first anti corruption conference, and there some legislations before the 54thLegislature to give more legal powers to the anti-graft body to execute speedily prosecution. 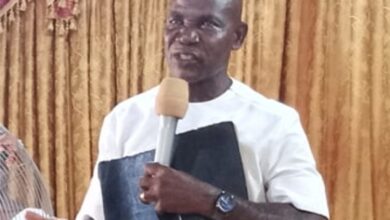