The House of Representatives has passed an Act scraping tenure positions within the Executive Branch of government, retaining that of the General Auditing Commission (GAC), Central Bank of Liberia (CBL) and the National Elections Commission (NEC).

This move by the House appears to validate President George Manneh Weah’s unease at working with officials holding tenure positions at other integrity institutions like the Liberia Anti – Corruption Commission (LACC) and Public Procurement and Concession Commission (PPCC) that were established in previous administration to help strengthen governance and fight corruption.

After losing some legal challenges at the Supreme Court for appointing people to tenured positions that are still being occupied by officials appointed by his predecessor Mrs. Ellen Johnson – Sirleaf, Mr. Weah submitted a bill to the Legislature in October calling for the cancellation of tenure positions within the Executive Branch.

The Act passed at the House of Representatives cancels all other tenure positions as requested, except that it exempts those at GAC, NEC and CBL, and wants positions at the PPCC and LACC to be reviewed.

The Good Government Reform and Judiciary, a joint committee to whom the Act was assigned on November 6, 2018, says the purpose of the bill is to correct the inadequate and inconsistent manner in which the Legislature awarded tenure to government institutions in the past.

The committee states that it conducted a hearing on 14 November for the purpose of inquiry as to why the House of Representatives should pass the Act prohibiting the tenure of public officials within the executive branch of government.

During the hearing, the committee says some stakeholders were invited, following which the committee recommended that the bill be renamed “Tenure in Government Act.”The report recommends that the last sentence of the bill should read: “that the following institutions are exempted from Section 1 of this Act and their tenure remain in force as per statue; General Auditing Commission, National Elections Commission and Executive Governor, Deputy Governor and members of the Board of governors of the Central Bank of Liberia.’’

It says the tenure for all integrity institutions including Liberia Anti – Corruption Commission and Public Procurement Concession Commission should be revisited in separate legislations in accordance with Article 35 of the constitution, to the extent that international protocols or conventions to which Liberia has acceded call for such tenure. 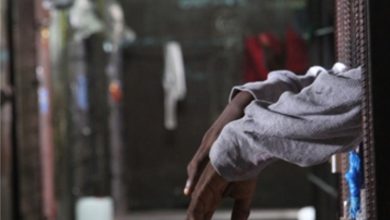